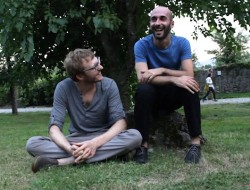 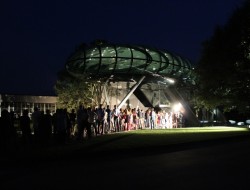 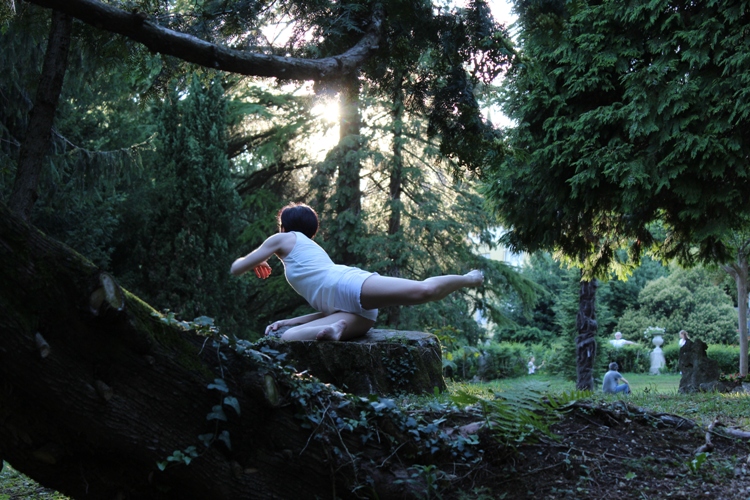 When dance meets nature and play, transforming the dancers into sylvan creatures, the audience into flâneurs and the choreography into the landscape. When beauty is achieved through a tangle of bodies, both human and artificial, that moves along winding paths, making use of water, romantic architecture and old trees. When a park becomes a stage and natural light both illuminates and screens off the show. When dance rediscovers natural elements: water, earth, air.

Then Un’altra Bellezza, another beauty, comes to life and moves, drawing along and affecting the onlookers, the visitors to Villa Rossi Park in Santorso. The dance companies No-Limita-C-tion and Dance Well performed for the Operaestate Festival, also enacting a few excerpts from Giselle by Mats Ek: whiteness emerging amongst the light and dark greens of the park.

The culmination of the evening was Kudoku, already acclaimed at the Venice Biennale Dance 2016: a solo performance by the dancer and choreographer Daniele Ninarello (Italy) accompanied by the musician Dan Kinzelman (U.S.A.).