ABCDance: a new and contemporary look on the world of dance.

The project was put into effect with this blog which started off as a report from the 2014 edition of Operaestate Festival and will be developed as a “work in progress” reporting from dance festivals, with the ongoing contribution of artists and guests through interviews and reviews. The project’s goal is to make dance more accessible and understandable for the spectators, and hopefully make the audience grow. 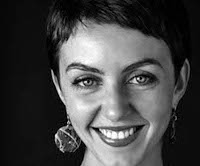 Graduated with a bachelor’s degree in Performance and Visual Arts, she carried out a European Project internship at Birmingham City Council – UK and collaborated as a press agent with many cultural institutions and festivals in Italy. Now she still collaborates with an e-zine, writing ballet dance reviews with a specialization in Social Media Marketing. She has formed herself as a Cultural Fundraiser at the AICCON Fundraising School – Forlì and she is also a member of ASSIF, the Italian Association of Fundraiser. As a fundraiser, since 2011 she works as a freelance for many non profit organizations in Italy.
www.linkedin.com/in/silviaaufiero 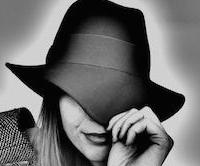 Since 20 years Theatre is at the center of her path in terms of personal enrichment and improvement in all of her relationships. After graduating at the two-years school G. Poli Theatre “A L’Avogaria” in Venice and achieving her Masters as manager of performing arts, she worked as Theatre manager for few years. Since 2008 she writes about Theatre and Dance for the webzine Krapp’s Last Post.
www.klpteatro.it 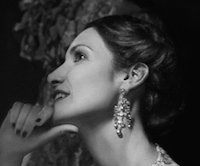 She moved her first steps in ballet technique, deepening her curiosity through modern and contemporary dance. With a degree in Foreign Languages and Literatures she worked as marketing and communication manager, also collaborating with UNESCO and the Biennale of Venice to promote Dance projects. She is teaching Ballet, working as dance consultant for e-zines specialized in Social Media Marketing, and writing for her own blog Parole di Danza @parolodidanza besides Sguardi di Danza @corriereveneto and Dance&Culture magazine.
paroledidanza.wordpress.com 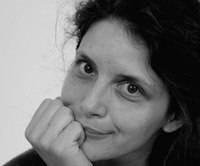 She is currently a writer, a blogger and a free-lance journalist for several different publications. She graduated in philosophy at Venice University.  While there she also starting working with the Venice Biennale – D.M.T. (Dance Music Theatre), Art and Architecture for a number of years. From theatre, her primary passion, she migrated towards the world of visual arts, writing reviews and critiques for over fifteen years. After her master’s degree in Communication at Il Sole 24 Ore newspaper in Milan and, subsequently, her masters degree in Intercultural Studies at the University of Padua, she has continued to collaborate with Finnegans and CULT-Web TV. Her blog is Multiculti. 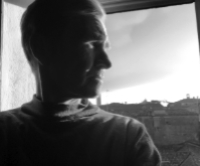 Originally from Bromley, Kent (born some time between the Beatles’ first LP and the assassination of JFK) he graduated and worked in graphic design for a number of years. However, since living in Italy (he has been on holiday in Venice since 13th January 1994) he started turning his creative energies towards translations.
From 2015 onwards he has been contributing English translations to ABCDance on a fairly regular basis, combining his love of language with an interest in the arts generally (and dance in particular: he himself being known as a great little groover on any dance floor).

Operaestate Festival Veneto is a festival that in the past thirty years has livened up Bassano del Grappa’s cultural life with more than 300 performances spanning from drama to opera, from ballet dance to music and art films, promoting and supporting young and emerging artists, new cultural languages and has offered many workshops and training opportunities.
The high quality of the events promoted by Operaestate and the atypical locations used as reinvented stages for the performances, have repaid the festival with a great success.

Operaestate is renowned at an international level for the two sections dedicated to contemporary dance and contemporary theatre, which usually are featured in the last part of the programme during B-MOTION Danza and B-MOTION Teatro.
Another pinnacle of the activities promoted by Operaestate, is the educational program that includes artist residencies that take place at CSC Garage Nardini.

Aerowaves is a hub for dance discovery in Europe that identify the most promising new work by emerging dance artists and then promote it through cross-border performances. Aerowaves’ network of partners in 33 countries enables these younger choreographers to bring brand new dance to brand new audiences. Aerowaves began in 1996 at The Place, London as a small group of European dance colleagues brought together by John Ashford, then Director of the theatre there. He wanted to draw on their international knowledge to help sort through a pile of video tapes he’d received from young dance companies from all over Europe, and then present the 10 most promising short pieces at The Place Theatre.

Aerowaves now has partners in 33 countries. The network brings together the professional knowledge, personal insight and love for dance of 45 members. Each year in October, these partners vote for the next group of Aerowaves Twenty artists. This takes place at an intensive meeting where hundreds of videos are watched and discussed.

Communicating Dance is a European project which supports young choreographers and writers/journalists in the field of contemporary dance as future leaders in the professional dance sector. Leaders in dance need specific competences and particular awareness related to the dynamic European creative industry. Communicating Dance focuses on recognizing and acknowledging these multi-layered aspects required for cultural leaders with responsibility for teams, funding, communication, distribution. With activities in the six partner countries Communicating Dance raised awareness of the different cultural working relations and contexts in Europe today and thus offers career planning within a European context.

on luglio 24 | by Redazione