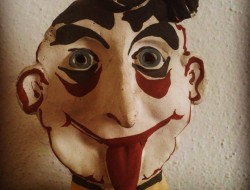 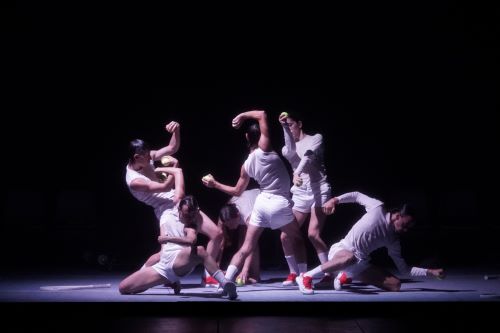 We met with Mattia Russo, Antonio De Rosa and Giuseppe D’Agostino, three of the founders of Kor’Sia, an Italo-Spanish company, currently hosted by Operaestate Danza’s “Dedicato a Canova” season with the performance of ‘Igra’. It was a conversation in which we explored the relationship with the classics, delved into albums of memories, learnt about the creative process behind the show and its hidden meanings. A meeting with dance professionals who have made geographical and artistic cosmopolitanism their hallmark. Here’s our chat… 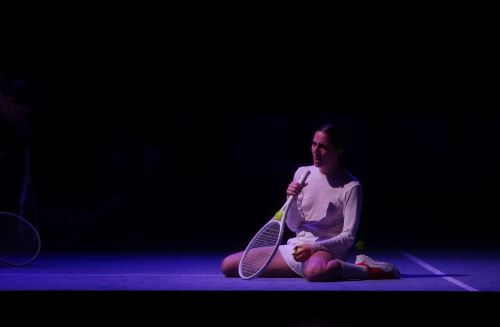 Firstly, a curiosity: where does the name Kor’Sia come from? (In Italian it sounds like two words: “cor” which is akin to cuore (heart) with “sia” (a conjugation awarding value to something), hence… Yay for the heart!)

A.D. (smiling) The name came out of a vote taken among all the founding members of the company. We liked the idea of writing it this way, to create a phonetic pun, actually with a Greek name [Korsia, an archipelago of Aegean islands rich in archaeological sites — Ed.]

M.R. Kor’sia also brings to mind the [Italian] word corsia (lane/aisle/passageway)… And indeed it was born from a path, the one which we all decided to take together: four friends [Mattia Russo, Antonio De Rosa, Giuseppe D’Agostino and Agnès López-Río — Ed.] who had finished the Scuola di Ballo del Teatro alla Scala and sought to create a contemporary dance project.

Before we get into the heart of the conversation, may I ask you what was your very first memory of dance?

M.R. …we started dancing at a very young age… we were classically trained… well the first memory of dance is just of me dancing everywhere. My parents concluded that I should study dance because everyone remarked: “This boy has talent!” So I began an academic journey that was very rich and very rewarding, humane too.

A.D. For me likewise: I had always been dancing. I don’t know why but I enjoyed dancing in front of the television and it ended up that the whole family danced with me and followed the movements I did… It was my father’s decision to make me to study dance. “I don’t like football” – I told him, and he replied: ”OK, since you dance all the time let’s try to get you to really study dance”. 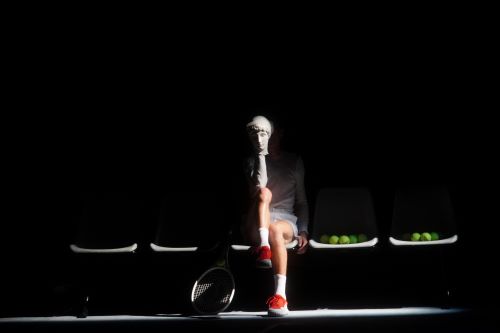 Turning now to Igra, a guest performance in the ‘Dedicated to Canova’ season for Operaestate Danza. The ‘geographical coincidences’ between your work and Canova’s most renowned works on dance themes, like the Dancer With Her Hands On Her Hips, are rather striking. This sculpture was in fact commissioned by Empress Josephine Bonaparte (France) yet later acquired by Tsar Alexander I (Russia). Meanwhile your Igra is inspired by Nijinsky’s Jeux (Russia) to music by Claude Debussy (France) for the Ballets Russes… Your re-enactment seems to be doubly linked to both the destiny of the “Dancer” and with its author who, as pointed out by Barbara Guidi (director of the Civic Museum with whom we interview earlier), reinterprets Classicism in a contemporary key.

A.D. Yes, Igra is the third in a series of pieces dedicated to reinterpreting works from the past. We named it so, because in Russian igra means game. We chose to title it in Russian to emphasise the link with Nijinsky’s Ballets Russes. 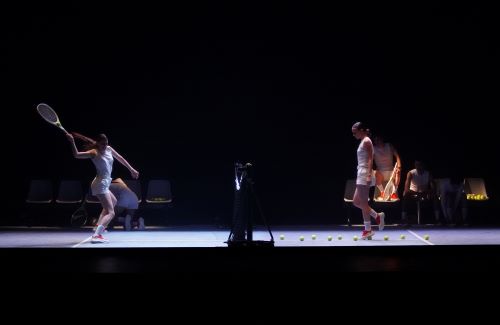 M.R. This work stems from an interest in revisiting repertory ballets. We started with L’Après-Midi d’un Faune which we entitled Somiglianza. Then there was Jeux, a creation we were commissioned to do by a classical dance company in Madrid [Víctor Ullate Ballet — Ed.] and which was followed by a revisitation of Giselle. Finally came Igra.

Igra developed through researching choreographies of the past and bringing them up to date. There’s a great deal of Nijinska inside Igra; there’s also a lot of tennis, because the work was inspired by these lovers chasing a ball; there’s an abundance of Russian culture and Russian music. We also used Russian folk songs. There’s a tennis court on stage that transforms, going in and out of Russian culture. For us this court is also a metaphor for seduction, for play.

A.D. Yes, when we initially took up the idea of Jeux, we were thinking of continuing our 40-minute piece. The æsthetics of the show were already decided, because we wanted to take up our own version of Jeux, created for Madrid. But as soon as we started studying, we realised that Nijinska had so much more to tell…! Thus we also included the figure of Nijinska, to fashion a focus on the two siblings. We ‘united’ brother and sister. The tennis court remained on stage, with its rules, which are a metaphor for society too. But all the steps or most of the dances were extrapolated from Nijinska’s Les Noces. In Igra there is a mix between the æsthetics of our Madrid Jeux and Nijinska’s dance steps. 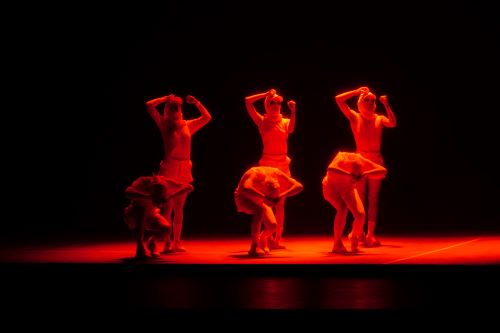 Bronislava Nijinska is much less well-known than her brother Vaslav Nijinsky.

M.R. That’s true, but she was actually the more talented of the two! There’s also a covert message behind why we chose to re-propose this very piece today in a contemporary key. Both Nijinsky and Nijinska were homosexual, living in a period in history when it wasn’t possible to be so free. To re-propose it today, where these issues continue to endure, seemed interesting to us.

Your company has its base abroad, in Spain. A stateless or cosmopolitan choice?

A.D. Well… in Spain we have a structure, still very small and undeveloped, of course, but it’s there. In Italy we would have to start from scratch. We like to work with a group of dancers, to experiment with several individuals. Instead, the tendency I see, not only in Italy but also in rest of Europe, is to form dance solos, duets, a trio…. Now I understand that these choices are often due to economic constraints, to the fact that there is little investment, scant funding for dance… But we are fighting so that there is a group, we are pushing so that there are more people working. Dance is work.

G. D. The company has an international dimension. As far as Italy is concerned, last year Kor’Sia was awarded the Vivo d’arte prize by the Ministry of Foreign Affairs and this was certainly a positive indication for us, a definite recognition towards those that had studied and trained in Italy but then developed their professionalism abroad. This award has created a bond that goes far beyond national or geographical limits, which very much reflects the cosmopolitan nature of Kor’Sia. Incidentally, in a few months the company will set of for the United States, for an artistic residency at the Watermill Center, Bob Wilson’s Theatre. The idea is not to have too many geographical constraints, yet to have a place where we can develop and nurture our creative process.

Barbara Guidi has let us in to some previously undisclosed aspects of Canova, offering us some ‘tasty’ tidbits about his private life: he was a frequent visitor to cafés, where he loved to converse with his artist and intellectual friends, he loved chocolate, he loved going to the theatre… Perhaps many of his sketches and preparatory drawings came out of such situations of conviviality and leisure. So, how do your creations come about?

G.D. The great thing is that all our creations arise from moments of conviviality: a dinner, a casual meeting, a lunch together… From there the idea is born, which is then expressed through dance. Each of our shows is a mixture of many elements, pieced together through the language of dance, through the medium of the body, this primordial idea of a body that moves in order to express something… To return to your initial question about my first memory of dance, I think dance is the memory, the primordial memory that we all have.