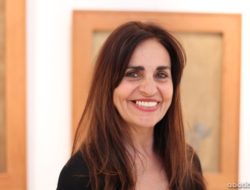 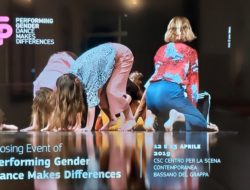 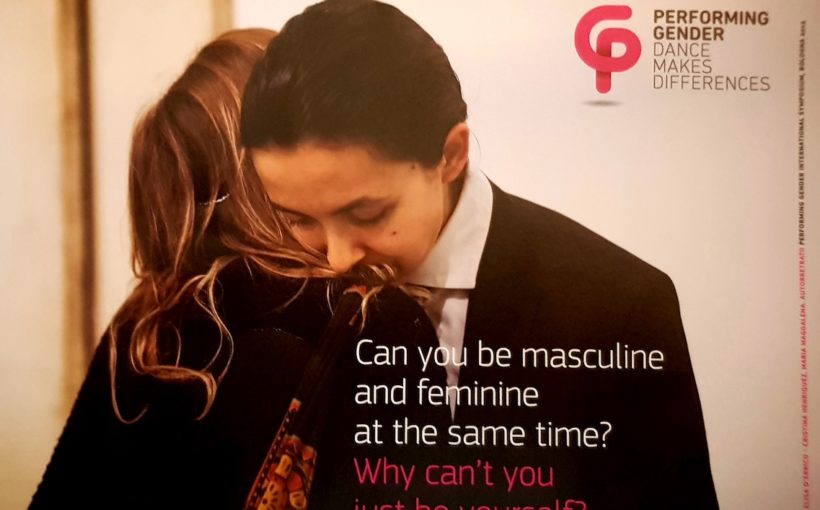 Performing Gender | Dance as an agent for social change ENG/ITA

Talking about gender identity still creates a lot of confusion, if not fear, even if in reality some of the most important rights of the person are being claimed: that of being able to choose one’s own sex, the right to feel uncomfortable with one’s own biological gender or not to recognize it at all, or even the right to homosexual marriage, the right to have a child.

Although it is a subject that concerns everyone, there is still a great deal of confusion around it. On the other hand, the term gender has a complicated and not univocal history, and each Country is characterized internally by dramatically different contexts of social and cultural recognition; depending on where you are born or live you deal with gender issues and sexual orientation in completely different ways.

If we want to clear our head then, we have to make our way through the dust raised by detractors and noisy critics who, trying to defend and maintain the boundaries between M/F – man and woman – defined by birth, have often forced their intentions and dimensions, even reaching condemnation, censorship and exclusion of sexual minorities.

For this, and for all the other problems that derive from this from an ideological, political, religious and socio-cultural point of view, getting to the heart of gender issues is not only a great challenge, but also an important acknowledgement, the implementation of a transformative process, and not least a form of activism.

It is in these terms that the five dance makers and the five dance dramaturgs involved in the European project Performing Gender – Dance makes differences, have told about their experience during the Symposium hosted at the Museo Civico in Bassano, which has pulled together the threads of the two years work closing the whole project.

Why Dance?
Because man is born dancing and the body is the tool with which each of us represents himself, with our identity, our desires, ambitions and our form in the world.
Because dance overcomes linguistic barriers.
Because dance is the form of an artistic expression in which it is easier to identify ourselves.
Because in dance everyone can maintain their own uniqueness while expressing a group dynamic.
Because dance is a tangible experience open to everyone, even to those who do not have a specific background.
Because working together is the best way to learn about and know each other, and to activate a freer dialogue, with less prejudice.

Training and Transmission
The project Performing Gender – Dance makes differences was born thanks to a network of six partners from five different countries: Gender Bender Festival in Bologna and CSC-Centro per la scena contemporanea in Bassano (Italy), City of Women in Ljubljana (Slovenia), Theaterfestival Boulevard in ‘s-Hertogenbosch (Netherlands), Paso a 2 – Certamen Coreogràfico in Madrid (Spain), Yorkshire Dance in Leeds (United Kingdom), and thanks to a co-financing activity by Creative Europe, the European Commission’s framework programme aimed at supporting the cultural and audiovisual sectors.

During the first phase of this second edition of the project (the first one took place in 2013-2015) the participants were involved in weeks of training through meetings with local artists with different backgrounds, with people from different LGBTI communities, and also with the public in moments of sharing during the presentation of the artistic work, or, again, viewing films, images, sharing the proposal of readings, the use of metaphors and questions related to gender issues.

Dialogue and continuous confrontation were essential to stimulate sensitivity towards the theme and awareness of the project`s value, but also to have a broad view on how this theme is addressed in different geographical and cultural contexts. The ultimate goal of this first phase was to be able to elaborate and translate into an artistic practice the whole experience of these dense days of training, and make the various nuances related to gender issues perceptible to the outside eye, as well as the personalities and emotions encountered or discovered, and that common feeling recognized in the moments of exchange and confrontation.

The protagonists have not hidden the fact that during this period there were also particularly delicate and difficult moments, which have put them off and questioned them both as people and as artists. In particular, it was recalled when, during a meeting at MIT (Transexual Identity Movement) in Bologna, a young transsexual asked: «Why are you doing this? Why can you do it and not we, who live with this experience on a daily basis?»

«This intervention left us puzzled – Nataṥa Živković told us – and we dwelled on that question a lot. It addresses privilege and appropriation and it asks me to be precise about what my point of interest is and from where I speak and move. I can say that it was a good thing to be challenged by someone who lives this experience. I had to ask myself again how do I respond to this as an artist, how I can find ways to speak about this – not necessarily in terms of appropriation but from a point of view of interest, empathy and artistic process.»

In the second phase of the project, the so-called “passing of the baton”, the transmission of knowledge through the body, took place.

Each dance maker had to find a way to transfer all the experience of the first stage of training – then everything that had been received and collected and processed in the research and artistic practice – to other ten very young dancers. And it was perhaps at this stage, experimenting with the responsibility of making their experience usable and workable, that the deepening awareness that artistic practice is also an essential form of activism, settled. How much was the framework larger than the painting, and how gender issues are related to history, capitalism, positions of power, class, role, language that plays an important role in influencing the social box.

«What is the role of the dancer? What is the position you want to have with your art? What is the boundary between form and substance and how important is form?» The Italian dancer Roberta Racis (dance maker) asked out loud, getting to the heart of some important issues including the fascist drift of our country, the conservative ideas of traditionalist Catholics with respect to the family, the failure to help immigrants shipwrecked at sea.

«I think activism is a way of being inside things, an active way, not a passive way, of wanting to share and find solutions and strategies to make this exchange happen in a non-binding way. What I mean is that activism cannot be taught, it cannot be revealed as an absolute truth – it is an offer, it is giving voice to something that I feel is urgent.»

For the Spanish Koldo Arostegui Gozález (dance maker) doing activism means taking part, engaging with the matter, being this matter. «We do activism because we need to live better, we need to live with dignity. Which are the alliances i must look for to achieve this? What is the “we” I am aiming for?»

Sergio Martínez Vila (dramaturg) thinks that movement is the greatest tool for activism because it opens spaces through which the movement of others can also flow. This movement does not have to be visible. «I feel, in fact, that right now the most revolutionary thing is to do as little as possible or to place the emphasis on that movement that cannot be seen nor reproduced; that invisible alchemy from which all changes emerge.»

According to Nataṥa Živković (dance maker), you can only talk about activism on stage when what happened has had a real impact on both you and the audience, when something will stay with them and make them reconsider their position. «Sometimes, I feel that the dancers are somehow cut off from the speech, due to the fact that our main tool is the physical nature of the body. Personally, I am interested not only in seeing, but also in feeling the body. I am interested in how to better connect the rationality of the mind and the supposed irrationality of the body. For me, these two aspects are intertwined. The action of giving voice back to the body is therefore a “not mutant” action also in a political sense.»