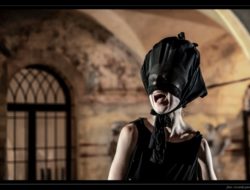 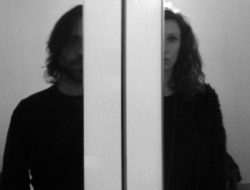 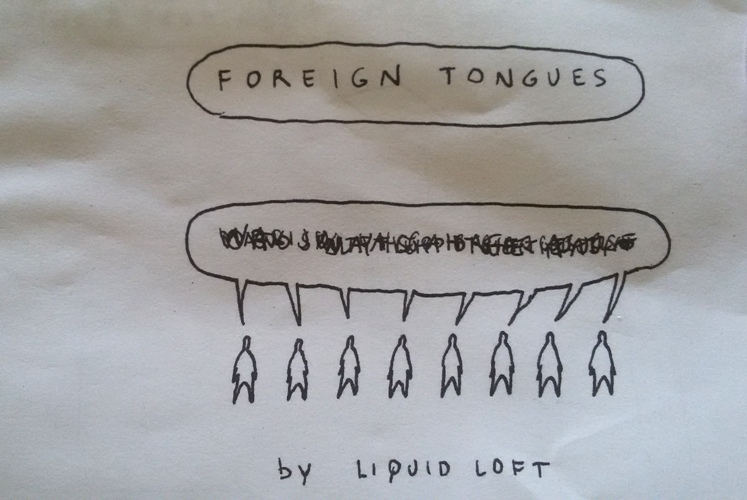 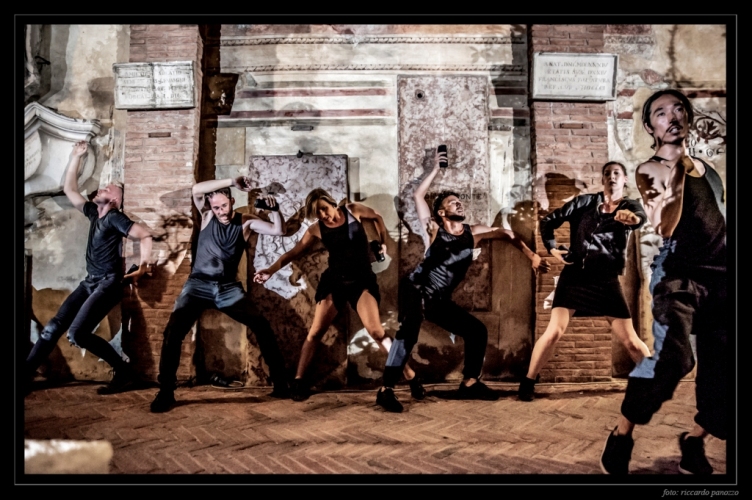 The starting point of this performance — Foreign tongues — is foreign language recordings, which you sampled and gathered as part of a collection of personal interviews from different European regions. I’m just curious to know something more about the content of the interviews. So, what was their subject matter?

Liquid Loft has for a long time been working with exchanging sounds, body sound, especially dubbing. We are using dubbing and lip synchronisation. This we use as a source of inspiration. In this work we figure out that… for instance we did a piece in Russian — and we do not understand the language — or Chinese or even French or Italian really. So we tried to get out the musicality of the language. If I do an interview with people from somewhere else, I will always ask them the same questions, in order not to just get a straight type of talking, like we are doing now, not even just the melody of the language by itself or the rhythm or the stops or the tempo or the volume, but actually to let its musicality come out. One thing, for example, is the baby language, how you talk to a baby, or to pets, or something small that you like. It’s always in a nice sweet tone. Also another question was if there was something that they complain about in the city where they live. Do you know something like that and they came up with things like… dogshit last time… and everybody who hears it later then knows that it’s exactly like that in Dillberg or wherever. People in Ireland, for example, they complain about the weather or about construction sites or about traffic and stuff like this. So you get more emotions with it… 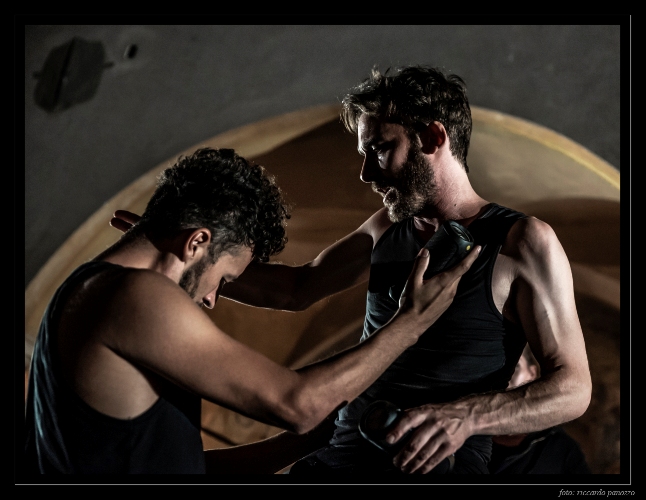 How did you work out the translation of spoken languages into dance?

Body language is very much connected to spoken language. That’s the thing. I’ve now been working as choreographer for such a long time, so sometimes when I do auditions I even listen to the dancers when they improvise, rather than just watching them. In general I would call it temperament. This is interesting to see, like the different temperaments of people who come from different places. This is not prejudice, like the Italians talk faster than the German or something, but in general you can see it has a different dynamic articulation — melody. And then you figure out that the body language is the same actually [as the spoken language]. 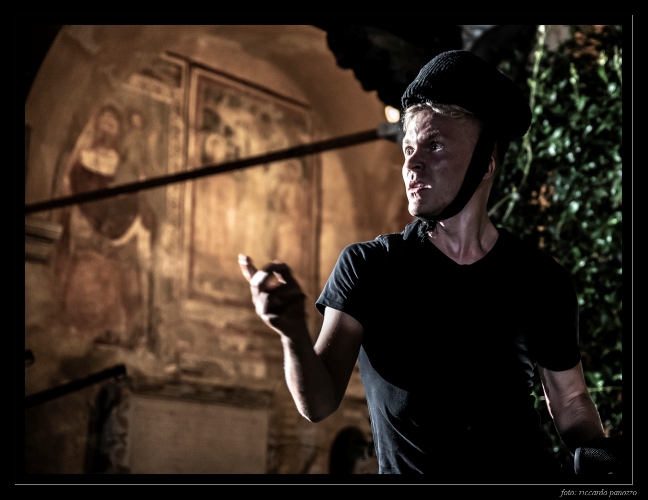 Does dance represent a sort of escape from Babel?

What we’re dealing with here is that we do understand more than we think, even if we don’t recognise the language yet. In my opinion a spoken language is way too much overrated, especially in international conversation. Of course, when you want to come precisely to something you have to explain what you want exactly, until the other person understands you, but, in general, in coming together it is as though body language is an international language.

[As choreographer and artistic director] you are used to working with a lot of people from different artistic backgrounds, such as visual artist, dancers, dramatists, theorist and so on. What’s your secret ingredient to manage a group successfully and allow people to voice the “spoken word symphony”?

That’s nicely said. I think in general what we always try to do is put dance in the context of other art forms. And I think it’s the most interesting thing in general. Not just to concentrate on one certain genre and then forget all the other stuff. So, first of all we are a contemporary dance company and so we have to deal with contemporary topics in some way. But you can say it with Baroque or antique words in order to bring this topic to everyone’s attention. We don’t always dance but what we always do is put the body as the centre of attention. So every piece is thought of as a choreography, even if sometimes it’s just a music piece. Choreography is in general the main thing, that’s what we all think.