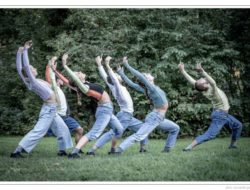 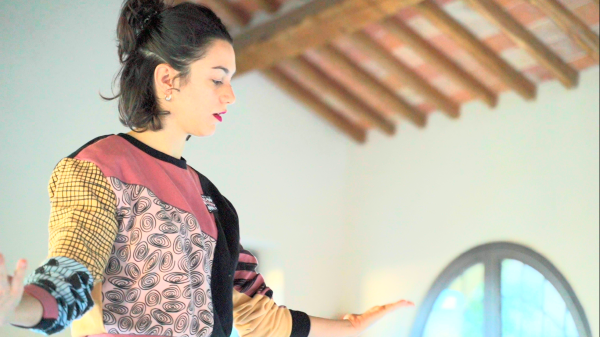 ENG | Giorgia Lolli is a young and determined Italian dancer and author who had undergone training in Switzerland and Israel. Recently, thanks to the European project Boarding Pass Plus Dance, she spent two weeks as artist in residence in Kaunas, Lithuania. This city was awarded European Capital of Culture this year and is home to two of the project’s official partners: the Con Tempo Festival and the Lithuanian Contemporary Dance Association. Here she worked together with Lithuanian artist Lina Puodžiukaitė, a Kaunas native. She had returned to her home city from further studies in the USA where she founded her own theatre and directed the Lithuanian Contemporary Dance Association. Today Lina is a teacher and associate at the Lithuanian Academy of Music and Theatre as well as the National M. K. Čiurlionis School of Art.

We met Giorgia and Lina during EDN‘s seminar for BMotion Danza 2022 and firstly asked them to give us some brief impressions of their two weeks spent in Kaunas working together. 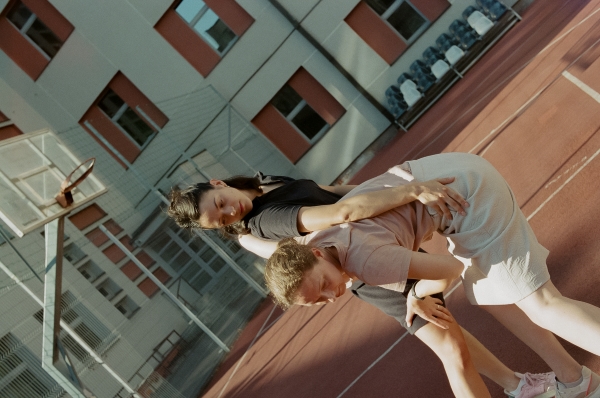 “The good thing and the bad thing of the project is that you are thrown into the middle of things. It is a lot of input.” -Giorgia said. “What we were trying to do was knowing with each other and processing all these inputs. […] “Blind date” and “closer” were the keywords for these encounter with Lina.” Closer” is something that I missed a lot in the recent past two years. I was far away from home but I never felt so close to myself in a way.”

“I just loved to had time, to just be there and allow yourself to be there and to process with your own pace.” – Lina said. “Sit, talk, experience, take your time, find out about each other. […] . I feel like movement actually portrays me much better than language. I feel like I can’t affix one word to anything. I refuse to give only one word for things. I can’t attach one word to black even if black is black. Inside there are so many different directions at the same time that if you try to put them into language they become partially fake, partially incomplete” – she added. “Dance is my way of talking to people. I feel I can communicate through dance much deeper than through words. I can truly mean to be who I am. There are things that are hardly describable, especially on the emotional side or intangible sides” she concluded.

Then, over the next few days, we interviewed Giorgia, sitting around tables in a bustling Bassano bar. Here follows the full text of our lively chat about dance and the very concrete and lucid dreams of this artist. 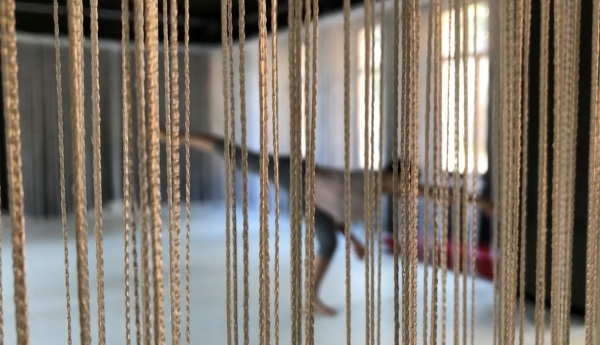 What happens when two artists from different generations meet, like Lina and yourself?

There was no hierarchy for us. The work was distinctly fluid between Lina and myself. Some days the input came from me, on other days it was the reverse, and on occasion we found ourselves working “horizontally.” She studied in the USA and hails from a particular background. I, on the other hand, studied ballet from a very young age. Both of us wondered what to do with our baggage, each so diverse, and we came up with different responses. Being confronted with someone like Lina, much older than myself, took away the expectations and competitiveness which I dare say might have been triggered with a peer.

The fact that we are such disparate ages, different generations, also shifted our exchange to other planes. Furthermore, Lina disclosed some episodes of crisis in her everyday life. We ought to instigate more situations like this: “deconstructed” moments that allow artists to just stand back and observe what unfolds.

You were also in the BMotion audience when Lithuanian artist Agniete Lisickinaite premiered Hands Up. What did you think?

I had actually seen her a week earlier in Kaunas, Lithuania. There was a highly intense emotional charge there. She was turning heads in the street, perhaps in part because the signs held up were written in Lithuanian. We came to Kaunas’s main square, then along the high street. It was thronged by crowds. To be watched and watching is all part of that dynamic between spectator and performer, yet experiencing it there was… remarkably powerful. 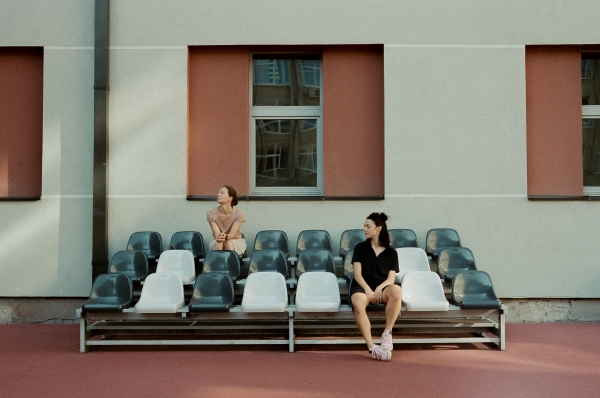 What’s the city of Kaunas like? I can’t quite picture it.

To me it seems small, but it’s actually one of the largest cities in Lithuania. It has a quaint historic town centre, yet it’s still very much a European city, although one that hasn’t erased the traces of its recent history. In fact, the streets are festooned with Ukrainian flags. The Church raises funds for Ukraine. The residents there feel a much closer Ukrainian link than we do. I realised that we somewhat take Europe’s perpetually for granted. Europe for me has always existed, for my whole life. It has been that way for all my 26 years. However, listening to Lina’s reminiscences, born and raised before modern Europe had been established, I was struck quite acutely.

What impressed you about her stories?

For instance, Lina used to tell me that when the USSR fell [probably referencing the 1990 elections in the Baltic republics, Ed.] a dancer from her same company never made it to the rehearsals due to the fact that all the phone-lines had suddenly ceased functioning all over the country and thus no one had been able to notify her…

What did the experience of Boarding Pass Plus Dance give to you?

During Covid, I wondered what kind of utility I might have as a dancer whilst the hospitals were filled to capacity with the afflicted. I felt a state of helplessness. The same feeling of powerlessness I had when Russia invaded Ukraine. But thanks to an exchange experiences like this, I realised that dance is indeed necessary. There’s way more to Agniete’s performance than merely putting your hands in the air…! 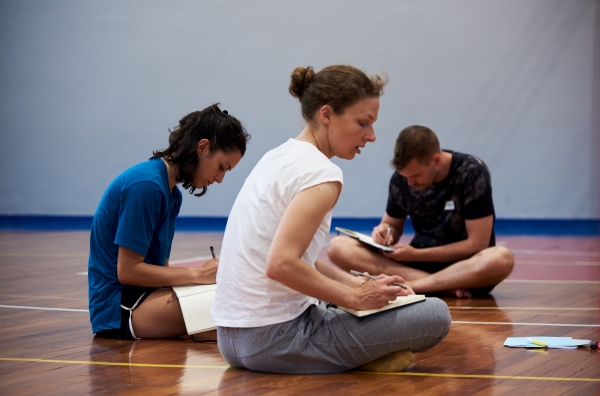 During BMotion you participated in Seasonality, the European Dancehouse Network (EDN) seminar held by Tyrone Isaac-Stuart and Merel Heering. What does “seasonality” conjure up for you and what has it got to do with dance?

It’s usually much easier for me to glance back and re-read the past. Instead, this seminar gave me the opportunity to look forward, to try to imagine a near future. And this was important for me because I, right now, feel that I’m in “season one.”

What do you mean by “season one”?

Tyrone and Merel also urged you to reflect on the relationship between dance and spirituality by asking what you believe in and what kind of belief-system you embody or practice.

I wouldn’t say that I’m a spiritual person but I do have values, which I don’t so much exhibit in my work’s content so much as in the way I go about my projects. For example, in the quality of the relationships I establish with those I’m working with and in the choice of the type of people I’m inclined to work with.

This exercise was rather tricky for me: I realised that I couldn’t imagine my professional reality in utopian terms. I find it easier to say, “I hope the world actualises gender equality, I hope that one day some of my friends will have the same right as I do to walk down the street hand in hand.” But if I have to talk about my work, I can’t. My desires are concrete. 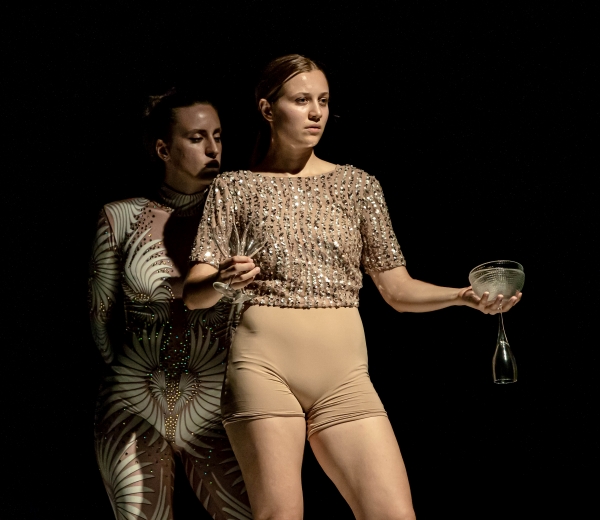 Vittoria Caneva and Hanna Kushnirenko in “The glitter manifesto” by Giorgia Lolli. Photo by Mario Sguotti

So let’s talk about your near future and concrete ambitions: what work is in the pipeline?

It’s called The Glitter Manifesto. Currently only two of us are developing it. We are just in the initial stages. It’s a piece in which I wanted to experiment with not being on stage. I’m seeking to explore what kind of relationship is established between those who experience a dimension of vulnerability and those with a dimension of power: the relationship between spectator and performer.

From the start I hankered to work with Vittoria Caneva. Then, in Bassano, I met Hanna Kushnirenko [Ukrainian artist, Ed.] and I thought it made a lot of sense to involve her — also due to the kind of connection she could bring emotionally to this theme. What interests me about her is that she works with multiple media, she’s a dancer yet also photographer, and photography has to do with something that remains. I mulled over how she could become this “something” on stage.

I was really fascinated by the idea of fragility that “goes around,” transforms and becomes something else. I don’t know if you’ve ever accidentally smashed a mirror or a glass and discovered that you can appreciate the beauty of that which has shattered, or of objects that are tumbling down the stairs. Sometimes it is worth stopping, it is worth looking at things from above, to recognise the relationship between risk and beauty. 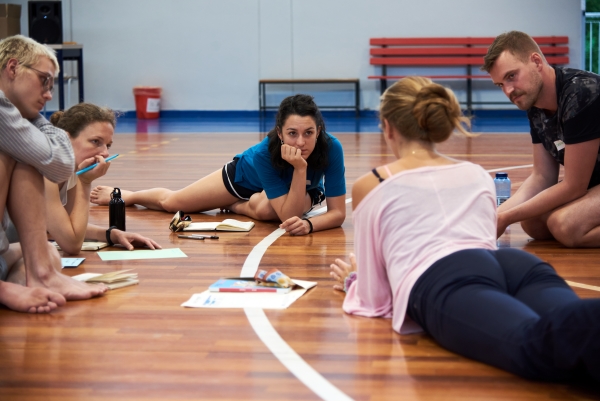 Vittoria Caneva and Hanna Kushnirenko in “The glitter manifesto” by Giorgia Lolli. Photo by Mario Sguotti