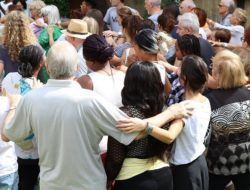 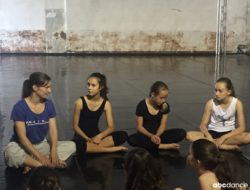 Transmitting dance. The body as an archive | Interview with Roberto Casarotto

31 May, 2018 | Any chance to interview Roberto Casarotto is like opening the door to a great adventure. His current role as head of international dance projects for the Operaestate Festival impels him on recurrent journeys. A tireless nomadism, not just physical but intellectual and purposeful too. It is in perfect harmony with a way of thinking and working that is in continuous movement, with an open vision which sweeps 360°.

His approach to the world of contemporary dance is eccentric, visionary, enthusiastic and with a disruptive vitality. He startled the sleepy town of Bassano del Grappa, nestled in the Alpine foothills in the heart of the north-eastern Italy, transforming it into a cauldron of experimentation with an international artistic focus. 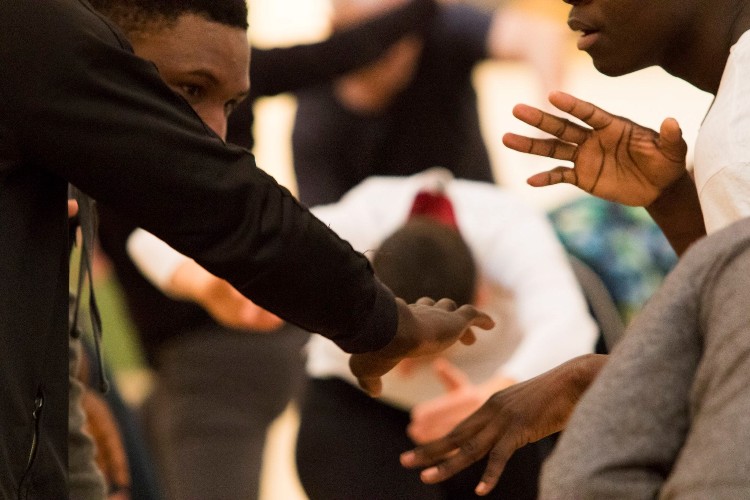 We reached him by phone in Paris, at one of the stagings of Migrant Bodies – Moving Borders – a two-year European project first produced in 2013 and now in its second edition. It is quintessential Roberto Casarotto in that it exemplifies his vocation for mixing and diversification that brings into play different specialities; from choreographers to writers, from photographers to video makers, not only amalgamating professional skills but also places, ideas and people, filtering-out the ordinary and distinguishing himself with a tenaciously explorative stance.

Our chat was concurrent with the press conference for the Operaestate Festival 2018 and for BMotion, a festival inside the festival as it were. We asked him to briefly summarise the shows on the programme, but, above all, we questioned him on this year’s theme, elected by ABCDance’s editorial board as the common thread of the season: “Transmitting dance”. Our interview follows below.

The title of this 2018 edition of Operaestate Festival is Conflicts and Civilisations. How did you interpret that in dance?

The title naturally refers to the whole festival, which is multidisciplinary. Indeed, 2018 is the centenary of the Great War’s conclusion. Together we have ruminated long and hard on how to deal with this topic. We had not only considered World War Two but also all those conflicts present in our everyday machinations, which reverberate in the echoes of bygone events, a past that seems to have taught humanity nothing at all. In fact, sometimes these events risk being rekindled through sloganeering or through certain recurrences of situations that make us reflect on why we seem destined to repeat past mistakes. 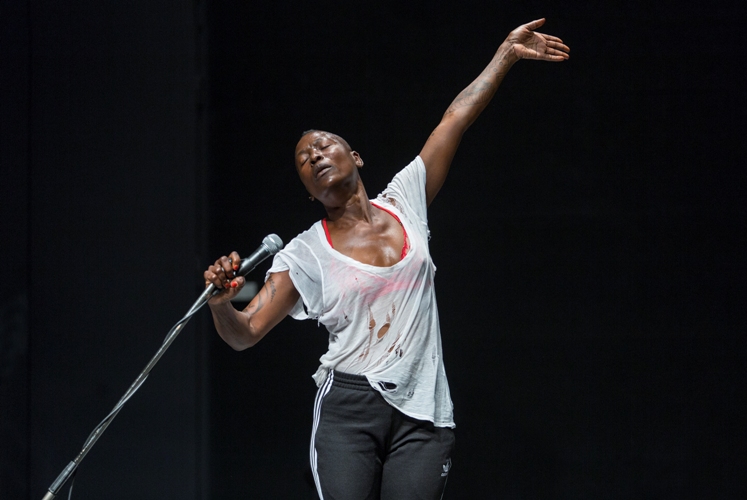 How does dance engage itself with this theme of conflict?

Dance is grafted onto this issue primarily because we have involved artists who come from war-torn regions. One example is Nora Chipaumire, an artist from Zimbabwe who survived a genocide. Nora is an artist and activist who, with her work [#Punk, 22 August, Teatro Remondini, Bassano del Grappa, Ed.] gives voice to a series of her basic questions, because they belong to her personal experience, yet they are also fundamental for all of us. This is because they speak to humanity, they’re queries of a universal nature. Then there are artists who come from Israel [like Sharon Fridman, Iris Erez, Yaara Moses, Ido Batash, Ed.], yet also artists who, despite hailing from old Europe, face relevant contemporary issues such as the conflict between generations or ongoing economic strife. So clearly we don’t want to refer exclusively to wars, and certainly not glorify them. We have reflected on how many forms of conflict often give people the opportunity to roll up their sleeves and toil arduously to bring civilisation forward. Consequently we asked ourselves “what is ‘civilisation’ today”.

Among other things, 2018 is a special year because the European Union has declared it a year of cultural heritage [European Year of Cultural Heritage, Ed.] The cultural heritages that we become heir to are the fruits of circumstances, activities, cultures that are quite diverse. We contemplated about what kind of situations we might put in place so that our civilisation is able to create a heritage for the future, not only preserving what we inherited but also generating the conditions for future generations to build a heritage too. What is usually meant by “cultural heritage” is the immaterial, the digital. Even the European Union does not explicitly mention dance — how it might be possible, via the body in different cultures, to archive a heritage.

In this regard, how can dance be transmitted today? Dance is in itself an immense cultural heritage and, as you are fond of reiterating, “it is humanity’s right”. Together with the Operaestate staff you have put in place a veritable dissemination of dance in the town. I’m not only thinking of events like Dance Raids but, above all the project of social inclusion, Dance Well [started in 2013 from an offshoot of the Dutch project Dance for Health, Ed.], Thanks to which you encouraged everyone dance: from ordinary locals, the plain curious, to Parkinson sufferers, from families with children to choreographers and dancers of international renown. 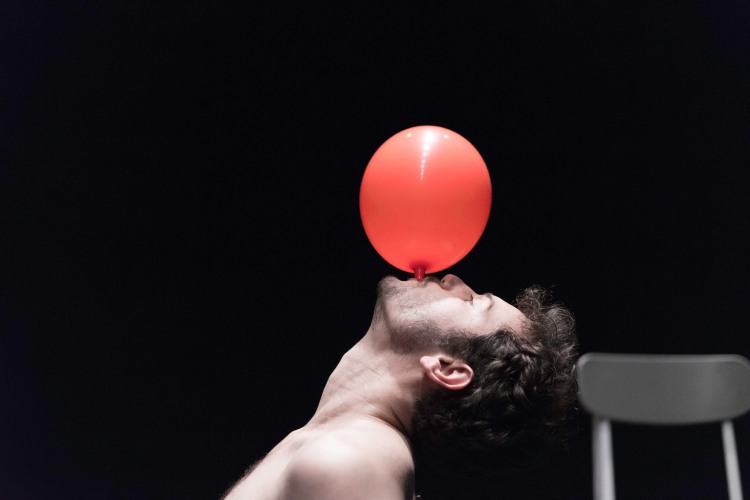 Yes, it’s true. We have tried and carry on trying to open ourselves up to new horizons, including involving different communities in the area. Among other things, this year for BMotion Dance we will host an Israeli artist [Ari Teperberg, Ed.] who will put on a show for the deaf. The performance [And My Heart Almost Stood Still, 24 and 25 July, Chiesetta dell’Angelo, Bassano del Grappa, Ed.] was designed also for those who have impaired hearing and so attempts to construct communication in a multi-sensory way.

I’m fond of reiterating that dance is a right for humankind. Many civilisations have transmitted and transmit their history and cultural heritage using song and dance. Yet we often forget that we come from that kind of transmission and communication, we loose sight that the body is an archive. The body is a genetic record, it is a cultural record. What we try to do is to make this kind of transmission accessible. Also in practical terms, because incorporating the experience allows people to understand what we are talking about. Going through direct experience, in which the body of everyone experiences dance, is a way of imparting an information arrangement which would otherwise be ill-suited to convey in words.

I would like to say that we are trying to allow as many people as possible to experience the art of dance, but we are also thinking about how to give voice to this art, not only through the media but also through listening to and then analysing peoples’ responses. It’s a huge task, which is aimed at those who live locally, trying to discern who is around, not only those who supposedly live there. We have noticed a demographic shift. Age is one example, because unfortunately, ours is a population that ages and is not going to regenerate itself, and this is a factor to be acknowledged. We also take into account the fact that there are new inhabitants, those who come from different countries and cultures. So, an initial consideration was to ask what kind of role models ought we offer to these communities?

For instance, there are no black or Asian teachers in our schools. It looks to me that only some ethnicities in some professions are visible in our current context. I don’t even think that there are more than a couple of bars or shops in Bassano that employ black people. I often think about what the future offers the children who live and grow-up around here.

There is a lot to do in dance but there are some very eminent and relevant artists for the works they create and who will start treading on the Bassano stage, not just bringing new opportunities for us, opening up fresh perspectives, but there are also for those who come from other communities and there will be those who can recognise themselves in those bodies of dancers. 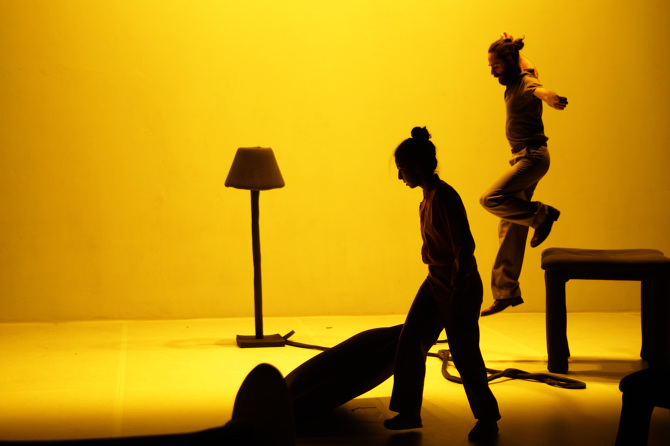 With children it’s fundamental. This year, among other things, the programme expands because we start on June 2nd and 3rd with a workshop at CSC Garage Nardini held by a Norwegian dancer [Ingrid Berger Myhre, Ed.]. Then a workshop will follow with Andrea Costanzo Martini [14 and 15 June; 16-20 July, Ed.] and the Mini BMotion Project [from 22 to 26 August, Ed.] that will take place in synergy with dance shows dedicated to children and their families, to bring them closer to the art of dance and to make them feel at ease, even in unusual and enchanting contexts such as those of CSC Garage Nardini and the Bassano del Grappa Civic Museum. Indeed, dance classes won’t take place in gyms, nor in dance schools, but only in artistic contexts and, above all, it will put children in direct contact with extraordinary artists. In fact we have tried to guarantee the highest quality and, simultaneously, to offer the kids something special that is not otherwise found around here. 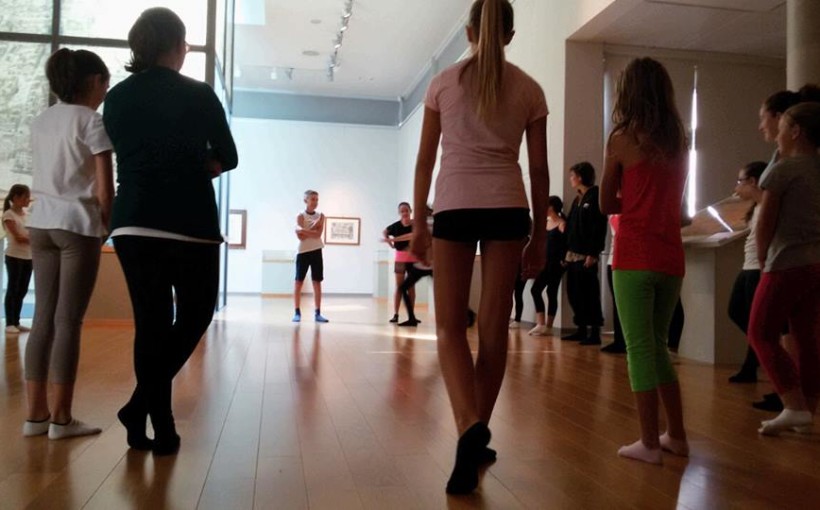 In your opinion, in what way has the pedagogy and transmission of dance to the next generation changed?

I can’t quite say what has changed in general. But my approach has always been, and remains, to offer the highest quality possible and not to oversimplify the contents of what you seek to do, especially for the upcoming generation. On the contrary, I have always tried to stimulate modes of communication for which even contemporary dance can be taught as such, without having to go through the simplification of “game-dance” or similar routines.

Contemporary dance is an art and, like all the arts, clearly necessitates a disciplinary approach. But, at the same time, the fact of putting these children in contact with active artists, with people that they will see on stage the following day or in just a few hours afterwards, places them in direct contact with the reality of the performing arts. That must surely yield a distinct type of know-how, it conveys the pedagogy of dance in a different way. It brings them much closer to the context of everyday life and the reality of dance.

Interview and editing by Anna Trevisan 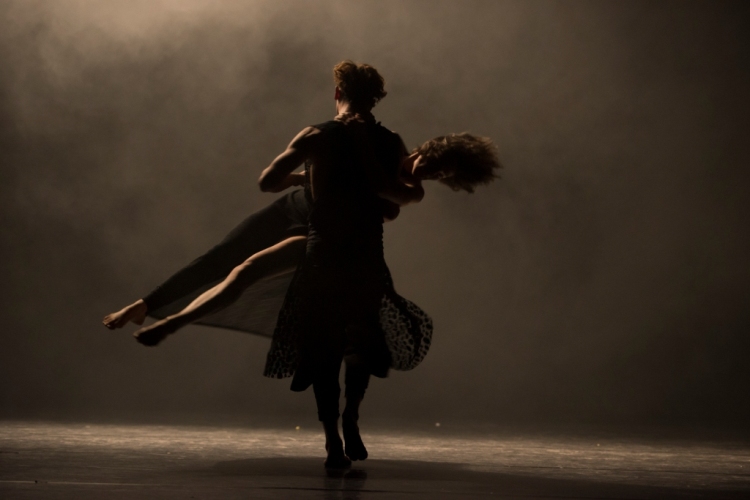