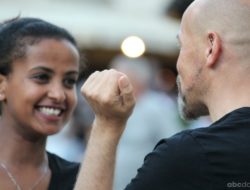 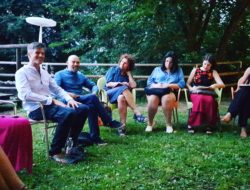 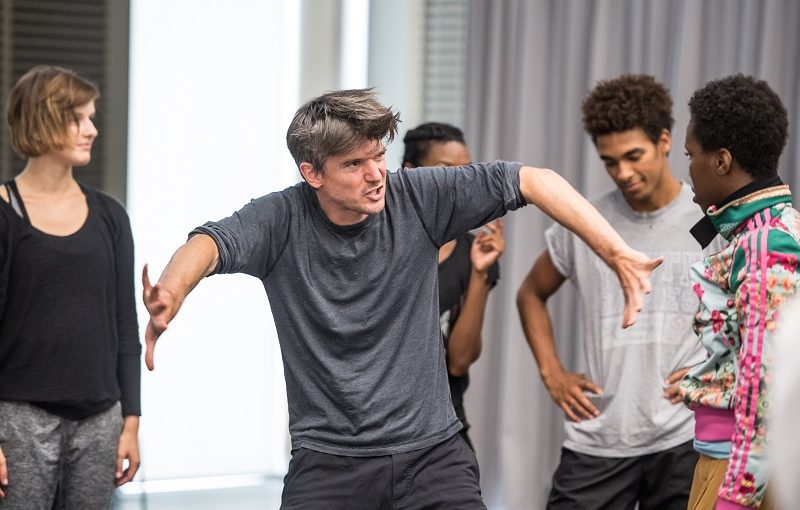 GOAT is a new dance theatre creation from rising star Ben Duke for the well-known international Rambert Company (UK). The performance had its debut on 26th October 2017 at the Festival Theatre in Edinburgh, and was nominated for an Olivier award in the Best New Dance Production category 2018. GOAT will now have its premiere in Bassano del Grappa, at Teatro al Castello Tito Gobbi on 28th July 2018, during Operaestate Festival.
For the occasion, we had the great honour and pleasure to interview the English choreographer Ben Duke with his clear and honest mind, talking about our days through art, dance and audience.
Ben Duke has a many-sided background, from the training at Guildford School of Acting to London Contemporary Dance School, ending with a first class degree in English Literature from Newcastle University. In 2004 Ben Duke founded the dance theatre company Lost Dog for which he also created the recent one-man show, Paradise Lost (lies unopened beside me), that has brought him huge critical acclaim.

In your works, you often say that you do combine dance, words and movement. Where are the boundaries of this definition? What’s the role of Dance?
In the UK when you use the word «dance» you immediately think of a Dance Company, and this creates expectations, while «movements» don’t necessarily need a definition. Dance-Theatre is what describes me better, what let me combines the different aspects of my background. I do work with dancers, but I do need to join my other parts, my interest in theatre and literature. It’s like I need to free myself from the idea of virtuosity that dance brings in its details. Those details are so seductive, you might spend your whole life refining them, but you kind of disappear into them. And I need to get rid of all this, and work also with the other artistic languages.

The starting point, the inspiration for the performance Goat was instead music, in particular the song Feelings by Nina Simone. Why did it appeal you?
More than the specific song, I was struck by her concert from the 1976 Montreux Jazz Festival: it was a performance! There was all her virtuosity, but you could also feel the journey she had gone through. It was a real theatrical event where she was conveying that feeling of strangeness, but also a kind of angriness toward the audience and herself. I’ve been really appealed by the whole situation.

Which role does the audience play in you works?
When you dance train you work on yourself, not considering the stage different from the studio, nor to be affected by the outer world. I feel all this really odd. When I’m in an audience, I don’t like to be ignored. I need to share what I do, as we are sharing a common space. So I think that the audience has to be acknowledged: they have to know that we know that they are there, in other to start a journey together. 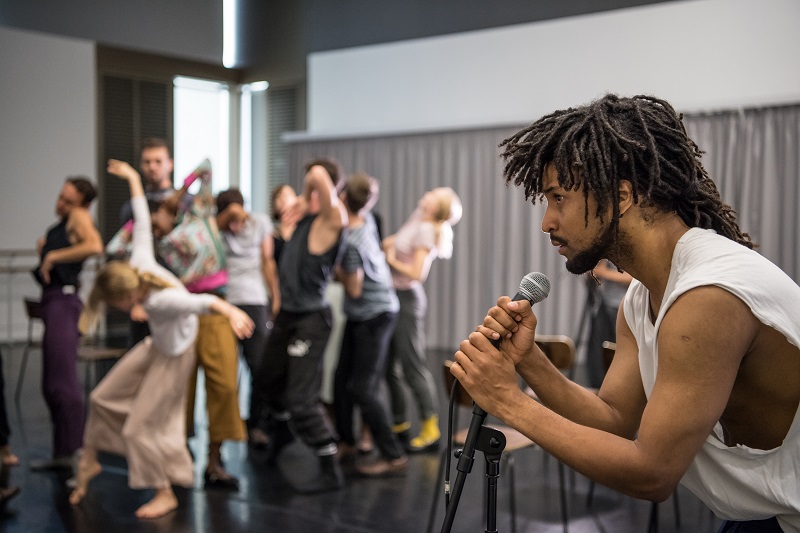 In Goat there are many people on stage: 22 dancers, the musicians, the jazz singer Nia Lynn, and also a TV screen and a dancer going around with a microphone. How have you dealt with space and how will you interact with the new setting in Bassano, which is a castle.
I’m a little bit worried also because it’s not possible to settle it as it was. I need to see the space and then understand how to separate the musicians from the dancers as there is a sort of stage in a stage. Miguel (Altunaga, the dancers with the microphone – ed.) is the bridge between the audience and the people on stage. The TV screen plays a documentary for imaginary viewers at home. In UK there are TV shows where you watch people watching a TV show… I need to make sense on what’s happening. It’s like a Russian doll.

Why have you chosen Miguel Altunaga for this role?
He is the Star of the company, everybody expects him to dance. So I put him in the middle of the performance but giving him the text part. Which is the role he plays with his company’s mates, always joking and so outspoken.

Goat reflects our times, from the Westminster Bridge attack just before you started your collaboration with Rambert, to the Grenfell Tower fire during rehearsals. The first reaction usually is silence.
Yes, it is, but not in Goat. Silence belongs more to the creation part, when you need a contemplation process.

You called Goat a «piece about impotence».
I know I have to give value to our times, but I don’t know the clear use of Art. It must respond to what’s happening, but I’m aware that it doesn’t help in the sense of offering a concrete way to react. This feeling of impotence is fear of being useless. I need to justify myself on the role of Art.

Nevertheless you recall the past and its strong traditions, from the title of the pièce, a New Year’s Eve ritual from your Sussex, to the universal myth of the Rite of Spring. It seems that you are looking for a sort of Catharsis.
Yes, in my village we had this practice of writing on a piece of paper two things you wanted to rid yourself of, and placed it inside a can tied to the tail of a goat. On the other hand, the Rite of Spring asks for a sacrifice in order to let spring and life return. I think we have lost connection to our past and our traditions. We live in a critical time and we are left with no means to understand, while in olden times rites helped to purify. Now that we have got rid of all religious rituals, how do we respond to our times?

While rehearsing, you wrote a diary in which it comes out that it took you some time to set a shared language with Rambert company. What do you think was the turning point «from mutual suspicion to growing acceptance»?
I think it was this sharing of 20 minutes we made with other company members and some friends. We had a good response from the audience, and we realized that there was something valuable in that piece. It was difficult for them at the beginning, I didn’t have a clear idea of where I wanted to land, leaving them in an uncomfortable zone. They worked hard and I was honest with them, but of course once they had understood that they were involved in something that people liked, this helped us in pushing further.

You usually create distress while working, putting people and yourself outside the comfort zone. Does this change when dealing with a company or working on your own?
Discomfort is a necessary learning process. It seems easier when you work on your own, as you can retreat from uncomfortable situations, closing on yourself when you feel vulnerable. But then it comes also out the frustration of this loneliness, the need to communicate your struggle. Choreographing myself or a company are connected somehow. I need my own freedom, where I can understand my body and listen to my thoughts, but I also have an essential need of sharing and observing others reactions, like with Rambert. 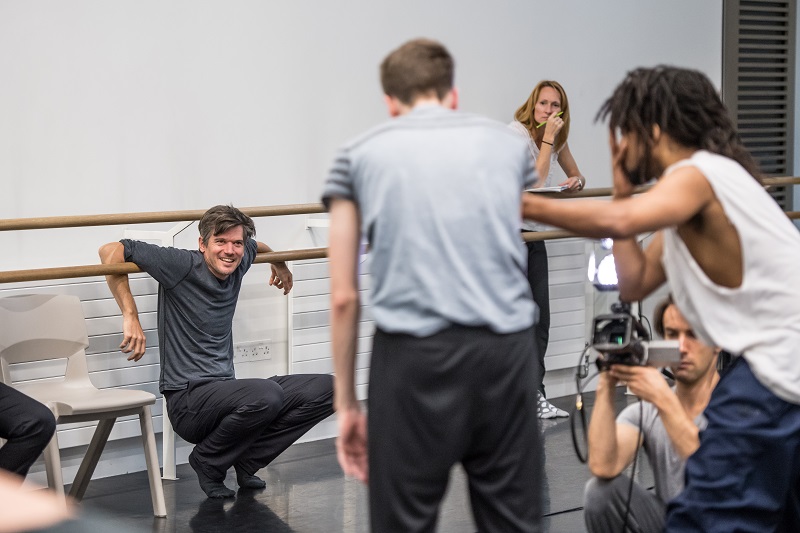 » In depth, Interviews, News, Read » The role of Art | Interview with Ben Duke in Italy with Goat created for...