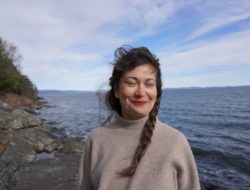 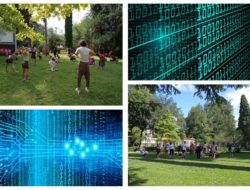 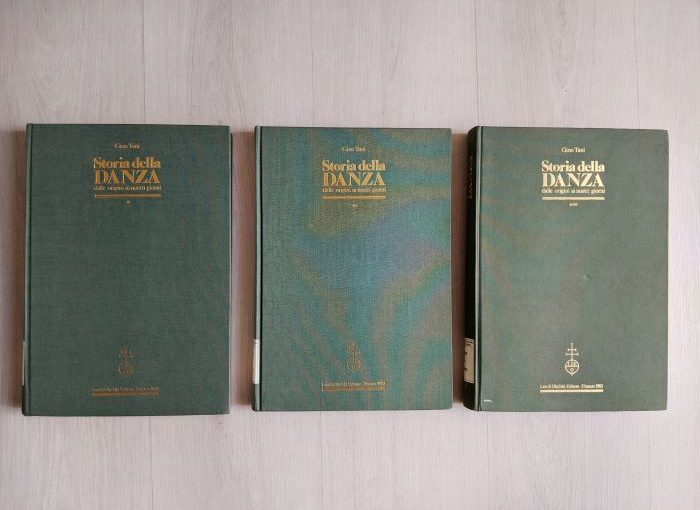 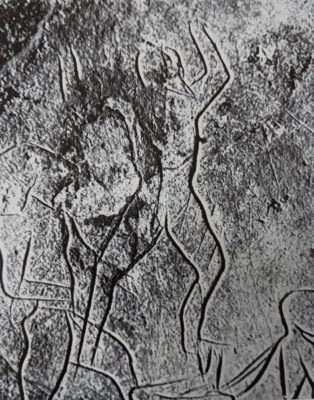 Dance research can be complicated at times, not for a lack of research topics, but for a lack of research. Because, unlike music, theatre or sports, dance research is not so prominent or accessible. Next time you go to a bookshop, notice the music section and then look for the dance section. Usually, books about dance are fair and few in between. I have found this to be the case in all the countries that I’ve been to.

So when I was a little disappointed by the dance section that consisted of 3 books about dance in one of the local bookshops, I decided to venture to the Bassano library. I found a library that was modern, large and airy with a wonderful selection of art books, including a commendable section on music and theatre. Even though I found only a handful of books devoted to dance, the librarian helped me immensely and I carried home a great big stack of books that afternoon. In the stack was treasure to be found, a rare 3 volume set Storia della Danza by Gino Tani published in 1983. 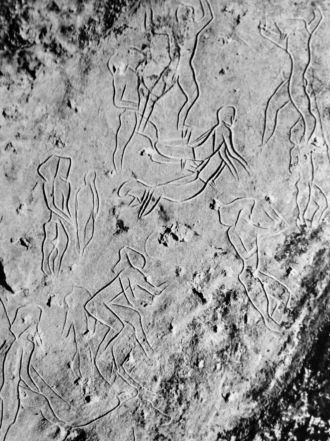 Following and building on the work of Curt Sach’s World History of the Dance, published in 1933, Gino Tani attempts to trace the history of dance starting from paleolithic cave paintings, to ancient Greece, ancient Rome, the Italian renaissance, travelling around the globe, finally arriving at the modern-day. Decisively euro-centric it nevertheless offers a fascinating insight into the history of dance from an Italian perspective. We start at the Paleolithic age and examine a cave painting dating back to approximately 10,000 B.C. found in the Grotta dell Addaura, the Adduara cave, near Palermo, Sicily. These images, incised into the rock with quick and sure lines, show human figures in dancelike movements.

The books weave a beautiful story that incorporates history, philosophy and art. It looks towards the past to ancient Greece for inspiration. According to them, rhythm was the beginning of it all. Plato believed that dance was part of choreia trinitaria, a harmonious trinity of the arts consisting of dance, music and poetry (rhythm being the basis). For Aristotle dance is mimesis, artistic imitation of movements, expressions and ideas. Libanius went even further asserting that in the hierarchy of the arts, dance was the highest and that singing was created for dance and not the other way around. Plutarch refers to Simonides, when he states that dance is “a silent poetry of movements, a painting, animated (my own translation). At the dawn of the Christian century, St Augustine offers us a lyrical insight into dance “Quid est solitaire nisi motu membrorum cantico consonare?” (What is solitude if its members agree in a song?). Pictured in the beginning of the book is Terpsichore, the ancient muse of dance. Here is a depiction of her holding what appears to be a tambourine. 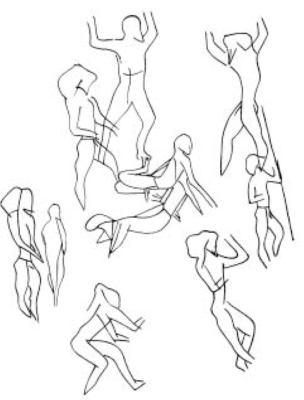 From Greece we are transported to Italy (or the land that we currently know as Italy). Italian dancer Guglielmo Ebreo da Pesaro (c. 1420 – c. 1484) was a dancer at some of the most influential courts in Renaissance Italy, including Naples, Urbino, Milan, and Ferrara. Around 1463, Guglielmo authored the treatise De pratica seu arte tripudii (On the Practice or Art of Dancing), sometimes cited as Trattato dell’ arte del ballare (Treatise on the Art of Dancing). In it, Guglielmo defends dancing as a noble art, emphasising the important role of music. He also describes qualities necessary for dancers, including posture, musicality, style, and memory, and provides first-hand accounts of massive court celebrations. The treatise contains choreographies and music for thirty-six dances by Guglielmo and his contemporaries. He states:

“Of science, the art of playing, the sweet effect of dancing, is naturally proceeded; which virtue of dancing is nothing but a demonstrable act of outside spiritual movements, which have to agree with the measured and perfect consonances of this harmony” (my own translation). 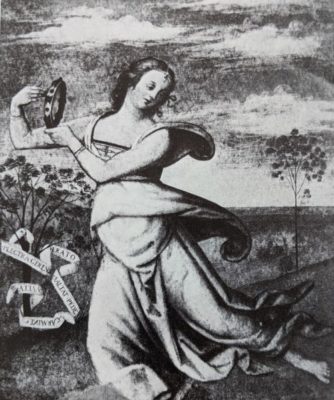 The author makes a compelling argument that dance is “a painting of the passions and imitation of nature” (my own translation). He illustrates that dances from all over the world had a strong connection to nature. The Siberian ‘ecstatic’ dances, Dervish twirling dances that represent the movements of the planets, Australian Corroboree, Incan sun and moon worshipping dances, various fertility dances from Greece and Egypt and the Tehuelche from Patagonia.

We also get a glimpse into Italian dance history, from the Etruscan civilisation, ancient Rome, to Medieval dances, carnival dances, Danza Macabre and Tarantella. This book is a treasure for anyone interested in the history of dance. As for me, I will use it to piece together a story of dance in Italy that will hopefully shed some light on the connection between dance and the natural environment. For a little overview of my research please see Dance Anthropology in Bassano del Grappa, Italy. Happy reading everyone.