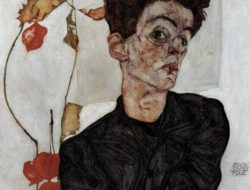 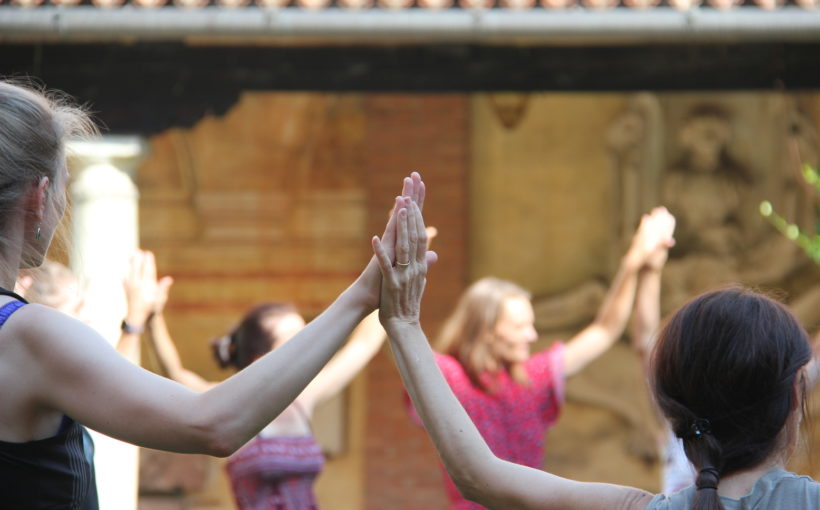 This year’s BMotion was jampacked with movement, dancing, conversations, discussions, learning, listening, sharing, being and much more. Every person you met and spoke to had a purpose and a reason for being here; all driven by a passion for dance and cultural exchange. I was amazed by the myriad of multiple strands that the festival had to offer: a Choreographer’s Research Week, Migrant Bodies, Moving Boarders programme, Performing Gender, Dance makes differences programme and the European Dance Network working group. All this, on top of the morning movement classes and around 5-8 daily performances that ran from the afternoon and well into the night. An absolute logistical nightmare, but somehow, the organisers made it all happen without a single hiccup. Everyone seemed to know where to go, what to do, where to be and even, where to eat, thanks to the personal touches of each welcome pack.
The whole thing was an invigorating experience on which I will look back fondly, carrying forward some crucial moments of conversation that seemed to thread throughout the festival and beyond. I was fortunate enough to experience the totality of the programme through my affiliation with the ABCDance writing project, dipping in and out of sessions in order to get a sense of how the morning conversations from group sessions are being disseminated into the multiple strands, into thinking and into creative practice. It became apparent that a few themes had emerged and were being positioned as the driving focus for dialogue. All seemingly intertwined, equally important but difficult to digest.
I would surmise these topics into the following three categories:
Cultural Exchange; Nurturing International ecology.
Power Struggle; Breaking misconceptions and presumption.
Personal Archive; Sharing, questioning and research exchange.

As a young dance artist, I was drawn to this idea of archive and exchange. It was a loaded topic that encompassed many conversations if not all the above. I feel that when we begin to talk about archive, we have to consider notions of heritage, race, social position and power relations. If we are talking about cultural exchange, we are asking people to open up and share their personal archive, at which point, we have to acknowledge that in the moment of sharing we are foregrounding incredibly sensitive and highly politicised topics. As Peggy Olislaegers outlined, we must accept that things may get lost in translation or in understanding and this is the first step to tackling such conversations. Notably, over the first few days of the festival we found ourselves in moments of awkwardness, confusion and uncomfortable silence. It was apparent that not only were people finding it difficult to grasp alternative perspectives but more pressingly people were not accustomed to dealing with discomfort, with the unknown and with being in a state of miscomprehension. For me, this realisation seemed somewhat unnerving, especially when surrounded by a room full of likeminded individuals with liberally inclined agendas that are in support of cultural development. How is it possible that this demographic is still misconstruing the wider topics of race and gender politics? And what hope do we have in engaging the wider public, citizens and audiences’ in such discourse?

As an artist that comes from two very disparate cultures, I was struck by the how much people place individual/personal experience at the forefront of their cognitive understanding of wider subject matters; struggling to abandon personal truths in fear of the ‘other’. It was incredibly difficult from my position to remain empathetic to the dialogue, as at times, it seemed like someone needed to just stand up and shout “But we are missing the point!!!” because in reality, we have to acknowledge our own privileges in order to be able to contextualise our position and/or perspective on global matters. Otherwise, the conversation, the cultural exchange and the battle with power dynamics remain fruitless. So at times, the conversation not only felt unproductive but led to some emotionally charged debates that never intended to victimise or marginalise, whilst the overarching point was misconstrued; continuing a perpetual looping of abstract ideas that never proposed any alternatives or answers. In relation to this experience, I can turn to the words of Rebecca Caines and Ajay Heble for comfort and hopefully as a useful proposition for those who were caught in the crossfire:

“The most difficult and surprising moments of living often hold the most potential for learning, and therefore embody the most possibility for change” (2015:389)

Interestingly enough, in parallel to the said discussions, the notion of responsibility was being reiterated in each of the specialised programmes. I want to put forward a personal feeling that first and foremost we have a responsibility over ourselves; a responsibility to learn how to deal with the known, with discomfort and with not knowing all the answers. Evidently, by condensing philosophical or political debates to a single truth is not only unhelpful but is also damaging, for society and for personal wellbeing, especially in moments where your understating of oneself is shattered by alternative truths.

Now, I want to acknowledge my privilege in having my opinion heard and stress that I do not claim to have the answers. However, I do want to take the opportunity to relate these ideas back to dance practice, because after all, we all gathered in Bassano for a shared love of dance and its pivotal role in cultural, and dare I say, social development. I want to propose that returning to the body and embodied experience is the single most powerful tool that we have in this industry. In the words of Lawrence E Shapiro, conceptualisation begins with the body:

“Conceptualisation: the properties of an organism’s body limit or constrain the concepts an organism can acquire. This is, a concept on which an organism relies on to understand its surrounding world depend on the kind of bodies that it has, so that were organisms are to differ with respect to their bodies, they would differ as well in how they understand the world.” (2011:4)

Furthermore, when we create art work, we are “including the physical, conceptual and emotional resources [already] embodied in the body” (Carter. 2000: 182).
In this I aim to reiterate that dance is an intersubjective praxis in essence, that by engaging in dance you are already exchanging and opening up your archive, you are already doing enough! But the trick is reaching out and beyond your comfort zone and welcoming others into the space of the unknown. For me, dance improvisation is an entry point for connecting to others, it is a tool that supports my development and a tool that can be taught and passed on, it teaches us patience and how to deal with the unpredictable. I find value in this practice because “reality itself is based on the relationship between our attention and the world. You sense that your attention is both selecting and forming your experience in real time, but that what is being selected and formed is not completely of your choosing, because the world is improvising too; and that dance, your interaction with the world, forms you just as you form the world” (K. De Spain. 2003:37).
Thus, I urge everyone to consider what tools are at your disposal?