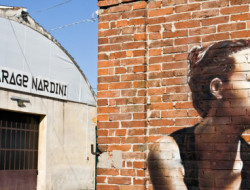 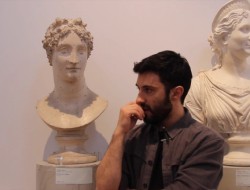 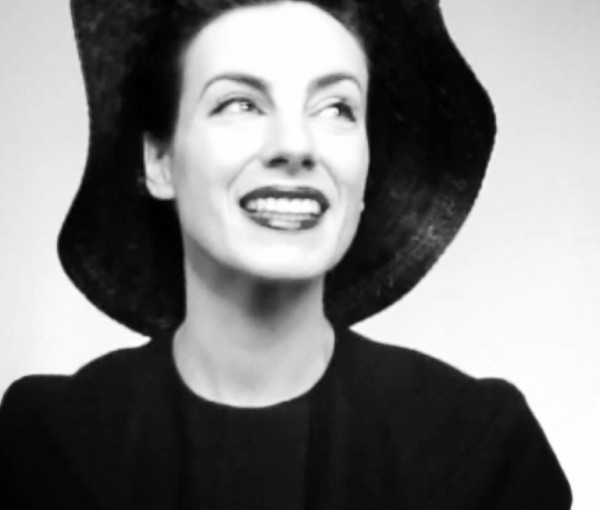 A long applause has just followed Weaving Chaos, the Odyssey furiously and charming danced by the twelve dancers of Tania Carvalho. A floating shipwreck that leaves the audience mesmerized by grief, loneliness, anguish, madness, repetition, and beauty. Tania arrives from the stage like a diva of the Fifties, hair perfectly combed in black and white apparel. But her speech reveals all her contradictions, her shyness and determination, an artistic awareness that bursts out laughing.

What has brought you to the Odyssey?
It was a commission, to choose something about Homer, so it was Odyssey. I wasn’t free. I wouldn’t have done it if I hadn’t been asked to; it just wouldn’t have come to my mind as it’s different from what I usually work on, such a big structure.

How have you transposed Ulysses’s story into dance?
I took the episodes of the Odyssey and put them in chronological order, trying to create a scene for each episode. Then I mixed them too. The dancers weren’t representing a single character, but swapping it. Finally, I thought what I would have done with them if it wasn’t the Odyssey. I followed my intuition and sensibility in treating the different scenes on stage, focusing on time and space, because I didn’t want to show much Odyssey and its narrative.

What about the movement? There is a lot of ballet reference.
Yes, this piece has more ballet than others. When I read the book I was imagining very tired bodies, and I compared it to ballet classes, where the body gets very tired, the movement is stiff – some teachers can’t even completely stretch their arms anymore. You can find this stiffness in my dancers’ port de bras, like the will of the movement is still inside of them as they have repeated it so many times. 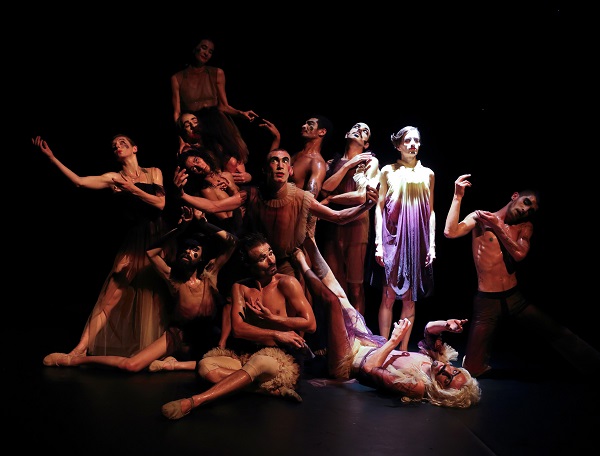 And which movement do you usually feel more in accordance with you?
I’ve tried many dance classes, but what I like when I study is pure technique, just to copy a movement. I don’t like to copy when I create, but I do when I study, otherwise it interferes with my thought. It might seems crazy, but I like my mind to be free.

And when you create how do you choose the right movement?
It’s never fixed, it happens with the piece. People say I am an expressionist. I don’t know.

You have many interests, from music to drawing, sometimes attending several courses at the same time, but it seems that dance remains your leitmotif.
Yes, I do have a lot of interests. When I was going to school, and I felt that I was getting stuck, I‘d always quitted and moved to another one. I need to be creative, it doesn’t matter if it’s choreography or something else. But I have always been used to take dance classes. When I’d finished secondary school my first choice was to study Finance. I was in a small city where there wasn’t dance, and I missed it; so I went to a dance school in Lisbon and studied Finance at home!

But you had remained in the association Bomba Suicida from 1997 to 2014. What made you left?
I wasn’t feeling like being part of the group anymore. I had been there for a long time and people kept changing, and we were working by ourselves. So if I have to work alone it doesn’t make sense to stay in a group.

Your next work will premiere next year at La Villette. Another commission?
No, I’ve just come from the artistic residence. I chose the work, a trio, three people that can’t connect on stage. Somehow they are very connected in the movement, but you can see – I hope! – that something is missing in time or space; you should feel that something is wrong, that they can’t connect even if they are practicing so many times.

It seems that in all your pieces there is a desolating loneliness.
I don’t do it on purpose. I’m not really lonely. It’s when you are introspective: it’s quite, but at the same time disturbing. 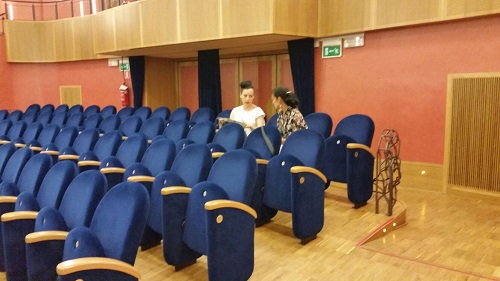