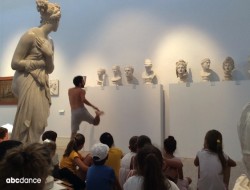 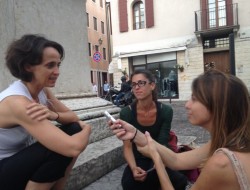 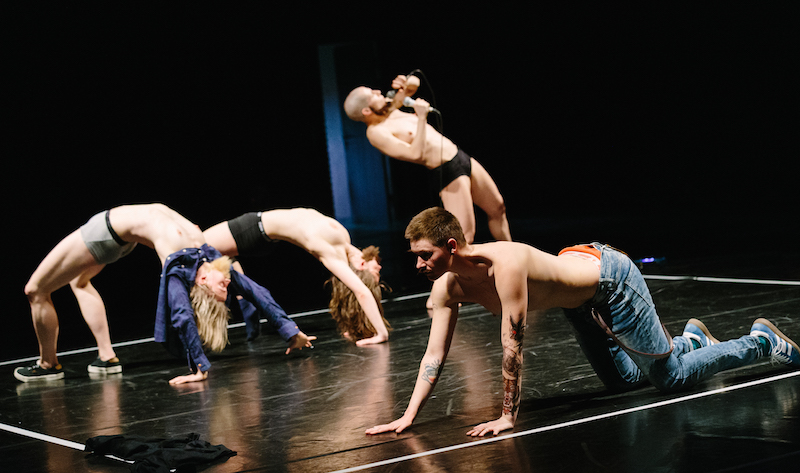 «The WOMANhouse» | Interview to Andreas Constantinou

«The WOMANhouse» sees four powerfully athletic female performers transform themselves into men. Acting like typical blokes – with beards and all – they stir up fights and frenzy. Questioning masculinity in female bodies, they tear up stereotypical ideas about what it is to be a man – and about what female bodies might do. Tender, aggressive, sexy, blurry – this show crosses all the lines.
Here an interview to the choreographer and dancer Andreas Constantinou, selected in 2016 for Aerowaves16 as one of the 20 most exciting choreographers in Europe, for his work «The WOMANhouse». It is hosted during Bmotion Dance 2016 – Operaestate Festival on August 28th at 7pm @ Garage Nardini, Bassano del Grappa. 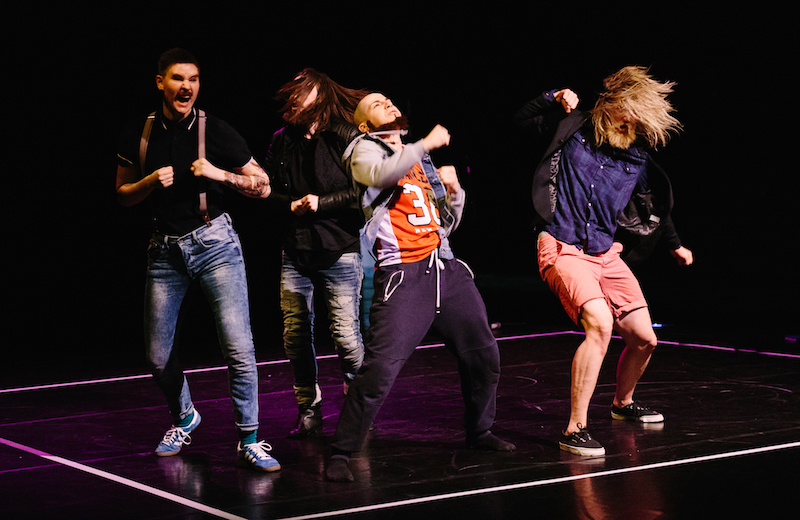 Hi Andreas! To start with perhaps you could tell us a little about you and how you came to be a choreographer, and about your training.

I would say i have always been a creative individual since as far back as i can remember. Even as a child i was always creating shows to be performed for friends and family. I guess becoming a choreographer was just a natural step forward from this. I graduated from Laban back in 2002 and since have been mainly working with creating performance art and dance based performances. I’m still that child at heart making performances!

How and when did Dance enter into your life?

Dance entered into my life through Madonna. Yes thats right Madonna! I can recall it was 1991 and Madonna was on world tour with her Blond Ambition tour. I recall seeing that and instantly knowing i wanted to dance. So after this i ended up going to take dance lessons and there i had my first encounter with Martha Grahams Lamentation. I recall after seeing the piece how expressive it was and that was it. I knew that i wanted to have a future in dance.

In these years where there any specific Choreographers or Dancers that inspired you particularly?

So many artists have inspired me, but to be honest most of my inspirations do not come from dance backgrounds but actually the visual art and performance art backgrounds. I’m very inspired by the work of Paul McCarty, Rebecca Horn, La Ribot, and Grayson Perry.

And where there any specific experiences that marked and influenced your choreographic language and artistic research?

I guess all personal experiences lead towards the development of ones own artistic language. I definitely think that my personal artistic language has grown significantly since I focused in on the subjects of sexuality, gender and identity.

You’re coming to Bassano with the show, «The WOMANhouse». Tell us a little about this project.

«The WOMANhouse» is a performance around the subject of masculinity performed by 4 woman as men, as masculine. Breaking down stereotypes and questining what does masculinity even mean.

You performed in different countries, which differences and/or similarities did you find in the public’s response to this work?

The over all response to the work has been extremely positive where ever we have been touring. I would say the main differences are the level of displays appreciation. For example, in france and Switzerland audiences went wild and stood to their feet to show the performers how much they were touched by the work. Where as in some other destinations the applause even though strong was held back. Another example, in some places people laugh at the work and in others they do not. Its so much down to cultural perspective on how they view the work.

What do you hope people will take away from watching? What are you hoping to change?

I hope people will question gender binaries and see things through broader glasses. I am not specifically trying to change something but simply promote diversity and bring topics of queer to the forfront of attention.

You are also a dancer: what happens to your body when you are on stage?

It depends on the work i am performing but i would say it goes from anything such as: transformation, exhaustion, relaxation, adoration, exaltation, adrenaline. Its alive after all.

What are your own feelings around the gender debate?

Im all for breaking the binaries. Promoting diversity and breaking down old school patriarchal views around gender. I think it best people see my work live on stage rather then me telling about my feelings on the gender debate here in words. I do it so much better justice through performance, and i guess thats why im an artist choreogrpaher as thats the tools i use to express and create discourse.

Your piece has been selected this year by the network Aerowaves as one of the most promising emerging choreographies in Europe, how much impact is this experience having one your work and career?

This has had a really strong impact for my company as we are touring a lot since. We have been touring heavily through 2016 and continue to have dates into 2017. It has really been a great opportunity and has opened many doors. Its really fantastic to have the opportunity to get my work out there on a greater scale. It means many more audiences from all over Europe can see the work. I am extremely greatful for this opportunity.