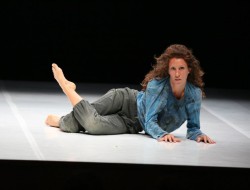 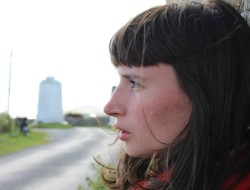 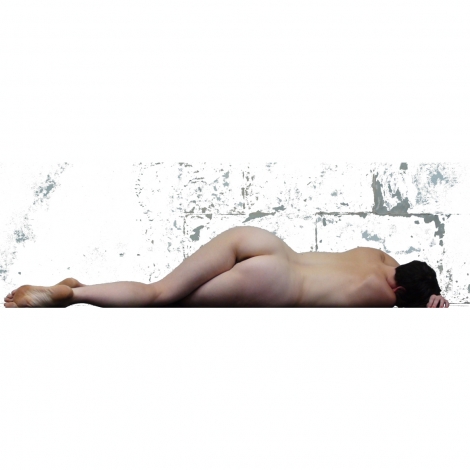 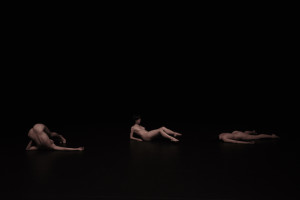 Succubus, witch, goddess, hag, siren, warrior, mother… the mythologies and religions of each culture have their female figures, some of them objects of horror, some figures to be desired or revered. In different guises, the female form incites lust, repulsion, curiosity, fear, and the urge to protect.

With Sous ma peau, choreographer Maxence Rey taps into this multiplicity of the feminine form, presenting a kaleidoscope exploration of these guises through the bodies of performers Leslie Mannés, Marie Pinguet and Rey herself.

A muffled beat marks the emergence of three luminous white figures from the gloom on stage, seated in chairs, their forms stiff like dolls. The individuality of their faces is obliterated by masks with blurred features, their limbs and torsos a startling alabaster under the spotlights. The movement initially is slow, painstaking, allowing for contemplation of muscle, bone and sinew, the function of joints and sockets.

The work of lighting designer Cyril Leclerc plays a central role, her manipulation of illumination casting the bodies in an ever-changing context. Legs are elongated, or ribs set in sharp relief, causing bodies to transition from an appearance of strength to frailty; the mind moves from associations of sex to an awareness of mortality.

The dancers’ movements collude in this shifting perception, with poses that are by turns lascivious, grotesque and asexual. Bodies subside into soft piles of curves that emphasise femininity, or contort into angular poses that suggest extra-human life forms.

Subtle and richly-textured, Sous ma peau conjures a context-less space that allows for a fluid manipulation of perceptions of the female body. 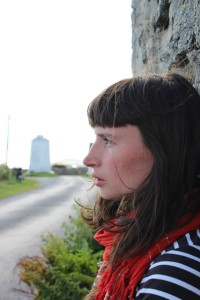 Thanks to Rachel Donnelly, a colleague from Communicatig Dance project, for her contribute during BMotion dance programme 2014through this blog:  here we publish an article about «NIKE» by Dudapaiva Co.

You can read the article on Rachel blog here!