In depth | Looking for Romeo’s Heart. Interview with... 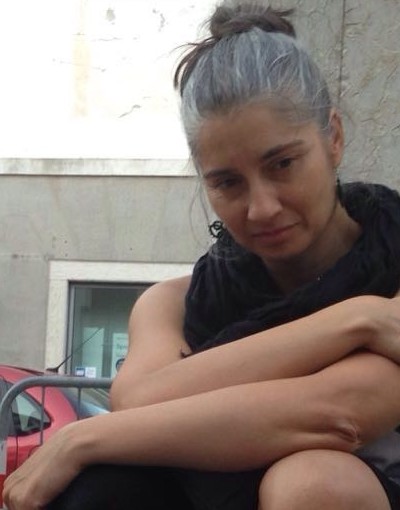 Even this year, during Bmotion, the network of contemporary dance teachers «No Limita-c-tions» proposed three different workshops. The first one «Contemporary dance & Improvisation» held by Chisato Ohno, and the other two by Jorge Crecis. Jorge worked on «Contemporary dance floor-work», of which we already spoke about in the last days, and on «When performance goes right».

Elena Friso, who shared with us her workshop experience with Chisato Ohno, instead told us about this last one.

Elena Friso is also a dance teacher, and she chose these workshops as a gift to herself, a fresh input before the start of the new academic year. She had worked with Chisato Ohno for the first time some years ago, and she came back from that experience enthusiastic in admiration of the choreographer’s work.

«I love the way Chisato Ohno works with us , because she lets us bring in our own skills. And I really like her input of images. It’s a Dance of Joy! Every single suggestion aims at opening us. At the end of her class I feel my body completely open and as she says: «open to receive and open to give». After her class I feel I’m able to create lots of good choreographies!»

But the choreographer is not just inspiring and a source of creative ideas, Elena said she also has a great attention and ability to listen: «she knows when to stop and return to work from the beginning, just not to leave anyone behind».

«Chisato Ohno pays great attention and has creativity to make you work on the right images. I really would like to be this kind of teacher.»

Instead with Jeorge Crecis Elena worked on stage presence. Something very useable in daily life too.

«To be present, not before, not after, but now. According to him is a matter of training and above all a choice. We worked to activate the state of consciousness and presence through a series of excercises, and games, which served to familiarize with that feeling, and also understand how to enable this choice, making a hypothetical switch visible through a gesture.»

«Before each excercise he asked us «Do you wanna give the maximum for this excercise to go right?» If we answered yes, we had to raise the hand and give the 100% of ourselves.»

«Even though they were games and looked like simple excercises (on the contrary they worked in depth), every “hand up” and therefore every choice became fundamental. «So it’s going on stage» he told us. We could say yes or no.»

«Of course, I already know all of this and I had already thought about it on my own, but it’s been very useful to have all this so clearly summarized and to have given it a name. Now on my next performance this will become a gesture to say yes I want to be, I go and give the maximum.»

Here the audio of our conversation (italian speaking).