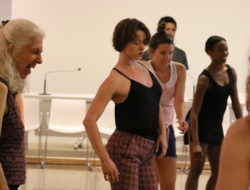 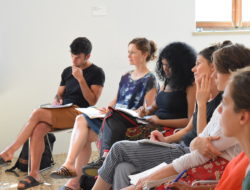 Leeds Beckett University Team | What am I Co-Responsible... 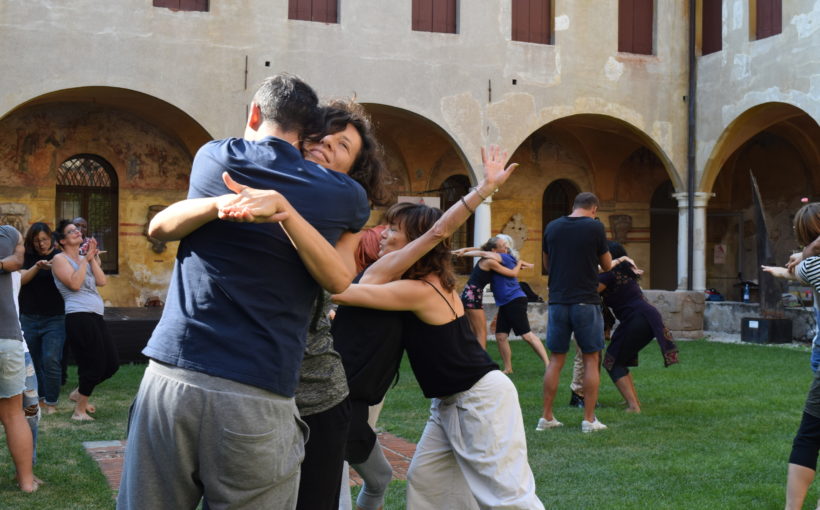 Foreword
This is a response to the first physical session led by Nora Chipaumire, relating to personal archive/living archive. As the notions of territory, culture and inheritance were explored during the session, I found the need to not only write this response in English, but also in Scots (a blend of Old Scots and English) as this is my native dialect. Interestingly, at the end of the panel discussion, the question of language arose once more, this time centered around why, when we are in Italy, the discussions are being held in English? I, as a native English speaker, am grateful for the accommodations made on my behalf so I would like to return the favour. This response has been written in Scots, and English.

We stand in our own territory: our feet rooted into the floor. Taking up just the space we need and no more. Just, the space we need. “The space we need, is just” (Chipaumire). As we breathe we picture in our minds our past relatives and ancestors, and everything they have passed down to us. Everything they have contributed to our living archive. Then to the future. The generations to come, whose living archives will be shaped in some way by us. We start to walk. Not moving from our spot on the floor or unrooting our feet but simply exploring the motion of walking. I focus on the effort it takes my muscles to push away from the floor and propel my weight onto the other foot while my other knee bends to accommodate the shift. But the effort of walking, just as Nora tells us, is sustainable, it is natural, it is organic. And as we push deeper into the movement and our whole body becomes involved in the act of walking my mind itself wanders off back to my home, my family, and my country. On the day I travelled here to Bassano del Grappa, there was a march in my home town of Dundee in support of Scottish Independence. Nhaka means inheritance; and right now, my culture, that I have inherited is under threat, and whether future generations of Scots will inherit this culture is entirely unsure. As we watch Nora’s colleague (Shamar) walking, Nora calls it swag. Being who you are, embodying all of your living archive fully and unapologetically. How can I do this, when in school they told us not to speak Scots or Scottish slang words because it is not ‘proper English’; and when remaining parts of my cultural identity are being sleekitly (Scots word: adv., in an artful, sly way, fawningly) stripped away and rebranded, as a political device to try and dissuade us from our own independence?
We descend from our free-falling to running, then to walking, and finally just standing. And even when we remain just standing I still find myself swaying from side to side. Sustainable. Natural. Organic. My feet are still rooted into the floor: in my own territory. And I am left with the question; How can we sustain our culture and our territory, the land on which our countries live, if the voice of the people who live there isn’t fully heard?

Forewird
This is a response tae the first physical session led bi Nora Chipaumire, relatin tae personal archive/livin archive. As the notions o territory, culture an inheritance were explored durin the session, ah foond the need tae no anely write this response in English, but in Scots (which nooadays is a blend o Auld Scots an English) as weel, as this is ma native language. Interestinly, at the end o the panel discussion, the question o language arose once mare. This time askin why, when wi are in Italy, are the discussions bein held in English? Ah, as a native English speaker, am grateful fir the accommodations made oan ma behalf so ah’d like tae return the favour. This response has been writ in Scots, an English.

Wi descend fae oor free-fawin tae runnin, then tae walkin, an finally jist staundin. An even when wi remain jist staundin ah still find masel swayin fae side tae side. Sustainable. Natural. Organic. Ma feet are still rooted tae the flair: in ma ain territory. An am left wi the question; How can wi sustain oor culture and oor territory, the land on which oor kintraes bide, if the voice o the people that bide there isna fully heard?