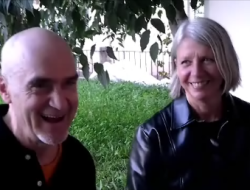 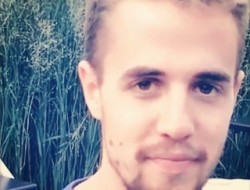 Profile of an artist | Marco D’Agostin 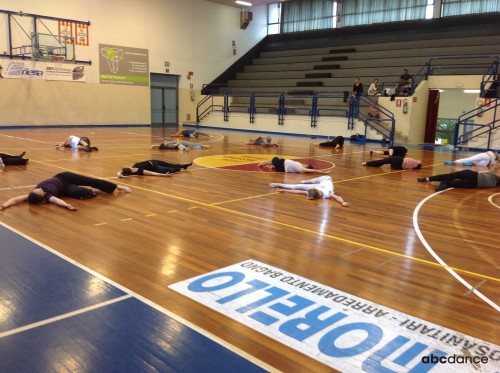 What is Release technique?

I don’t really know what release work is. I’ve never studied release, I’ve just been given that label. What I’m interested in is finding efficiency in the body. So finding a neutral in the body where you can start from with quality, dynamic, and so on. Sometimes there is a misconception that in release you don’t use any muscle, but even to breathe you need muscles and all the connecting tissues. So it’s measuring and balancing how much you can make something efficiently.

You teach building step by step. Can you explain your method?

Yes, it’s like accumulation. I take a lot from Trisha Brown: you do a step, a step and a lift, a step a lift and a turn, and you keep going back to the beginning to build sequences. I always find interest in connections, it seems a simple way of learning.

You also don’t use only one front.

It’s a danger to use the frame of a room for learning things. You have to understand your body, relate it with all the space, and still be able to connect it with other people. Be able to respond to other people, to the space, to the sound is what keep you alive and vibrant in your body. 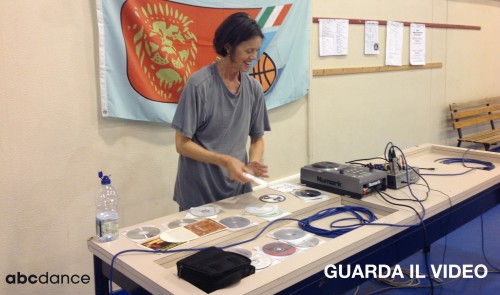 The expression Release technique within the field of dance refers to a training and/or studying method that aims to reeducate or enhance motricity, as its most general goal. It is said that it should not be considered as a ‘technique’ as it seems to have evolved from a collective spirit.

Its roots seem to have arisen by the 1930s in the explorations made by Mabel Elsworth Todd, who created a form of somatic education. Following her teachings, Lulu Sweigard gave Todd’s method the name of Ideokinesis. Other people continued working on it, like Barbara Clark or Joan Skinner who systematized a derivative work and gave it the name of SRT (Skinner Releasing Technique).

Some of the principles associated with the Release technique are the following:

– Use of images (associative concepts or idealizations of physical actions) to produce or awaken new kinesthetic experiences and awareness. The images are supposed to facilitate movement execution.
– Incorporation of elements from the psychology of growth. The movement patterns of the baby, while developing the force to stand up, are used to produce an assorted floor work.
– Understanding of the human being as a unity in which there are energetic flows, instead of the idea of the mind-body duality.
– Belief in the existence of an unconscious intention that defines each person’s movement. Use of the notion of the body’s ‘image’, which would be the deep root from which each person’s movement arises.
– Importance of perception and subjective kinetic experience.
– Learning of movement through its relationship to physical laws more than according to aesthetical judgments.
– Search for the potential of human anatomy, instead of trying to modify it. The neurological system is considered as being as important as the musculoskeletal system in the execution of movement.
– Alignment of the body in such a way that weight is supported through the center of the bones and thereby re-patterning the flow of energy so that movement is started by the muscles that are closest to the body’s center. This fact gives Release the nickname of ‘technique from the bones’.
– Consideration of stillness as a starting and ending point, through the use of the so called ‘constructive resting position’. This position is understood as a generator of a wider disposition, both for the new kinesthetic experiences and for creativity.
– Interest in the creative process. Use of improvisation as a way to generate new ways of moving, composing and stimulating creativity.
– Understanding of the dancing experience as a dynamic experience and constant process in which unconscious control can occur.