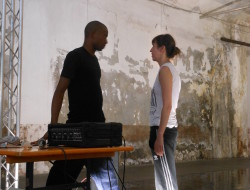 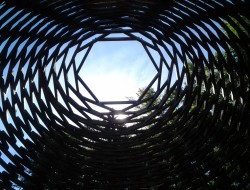 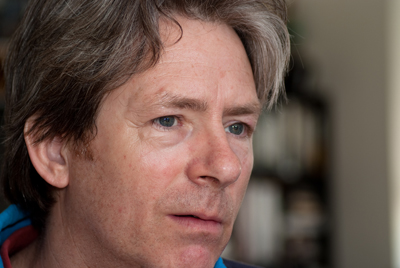 Ed Wubbe, artistic director of Scapino Ballet Rotterdam, is one of the most versatile Dutch choreographers. His latest full-length dance and music production ‘Pearl’ (2012), inspired by the baroque period and live accompanied by the Combattimento Consort Amsterdam, was sold out during the entire tour. 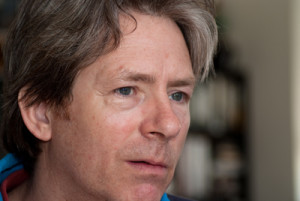 How did you choose to make a choreography on the Baroque period?
First of all I like very much the Baroque music, its quality is beautiful, and I also think that lots of it still sounds contemporary.
Secondly I think that Baroque has in itself lots of contrasting elements: in one way it was very rich in art, music, sculpture, painting, clothing, everything, but at the same time there was lots of poverty. There was no middle class and underneath this beauty there were bad hygienic circumstances, from bad smell to rotten teeth!
I’ve found this contrast between rich and poor, beauty and decay very interesting about the Baroque.

This production has been very successful and people still love it. How have you been able to make it contemporary and recognizable?
The piece seems narrative, but it’s not. You look at it thinking that it’s a story-ballet, but it isn’t.
I made researches on the historical elements about the Baroque, from the historical dance to the costumes. But I made it contemporary because the original dance was very slow, for instance, while I speeded it up and put a lot of new elements into it. Also the costumes: they look historical but they are fantasy costumes. So it’s nice to give another swing.
Even the music is very important: actually Vivaldi never made music to dance but his music is very dancy, rich and alive. Also the arias I use from the Opera are very beautiful, there’s a lot of emotion in there, so that lots of people can relate to it.

How have you dealt with the decay of the Baroque?
In the second half of the performance you can see the beauty starting to decay. In the final duet the costume is not so nice anymore, the effort is still beautiful but you can feel that slowly a rotten element is coming in.
I was also inspired by some famous films, like Les Liaisons Dangereuses with Michelle Pfeiffer and John Malkovich. This film was much about perversity, looking at people, playing games. Noblemen were very rich but bored, they had so much time to spend on beautiful clothes and engage with each other.
I also put an imaginary Court; it could be in Versailles but also in Venice. A big Court where people are held together watching each other and playing games. There was a lot of envy in those times. Another film I was very inspired by for the atmosphere of all these elements was Barry Lyndon by Stanley Kubrick.
It was all very spooky, like there was something underneath. Also men were very feminine, spending lots of time on wigs and clothes. I’ve tried to recreate this decadence in the way my dancers watch at each other or dance together. 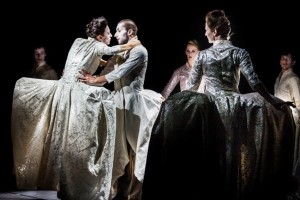 How do you choose your dancers?
They must not look the same, tall, short… I like different dancers and different personalities. When I create I do it very close to them, in connection with them, collaborating with them. We work together in the creation project in order to have a lot of input.

Which is the creation you care the most?
I like this one (Pearl), but I did also one last year called Le Chat Noir, a piece about Paris and the famous café. Or Kathleen, with a totally different music from this one!

It seems that music plays a very important role in your creative process.
It does, I am very connected with it. But then I need to work with a theme or a concept. For me it’s very important not a story but the need to know about people, where are they, which are the circumstances.

Where would you like to land next with your Company?
Now I’m very interested with circus artists. I collaborated with them last year, and next year I’ll do a big production for the 70th birthday of the Company in a circus using circus artists. I like jugglers. It’s still a dance performance but integrated with these elements. It’s very interesting for me the mixture of arts, like circus and entertainment. I don’t know why but I also like the element of Varieté.

Le Chat Noir was just the starting point…
Yes. Last year I also did The Great Bean, inspired by Houdini, the illusionist. At the moment I’m interested in these things and it’s where I’d like to develop the Company.

Review of the performance Pearl – Bassano, July 23 – via @corriereveneto