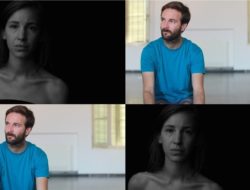 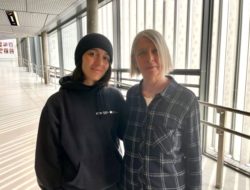 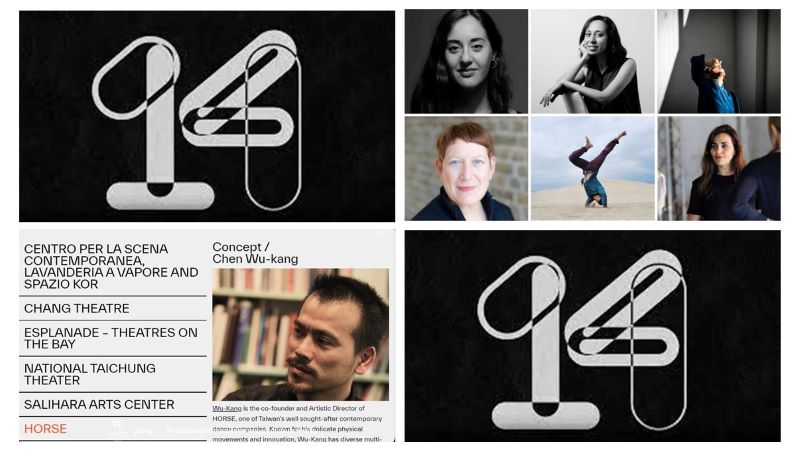 Something has changed | Dance in the Time of the Pandemic

“Before film and video, dance used to be “the evanescent art” – chorographies throughout history have disappeared while masterpieces of painting, sculpture, poetry, or theater remain for thousands of years. The widespread use of video has revolutionized the art of dance; its contribution is invaluable”.
Alkis Raftis, President of CID, the International Dance Council , UNESCO, Paris, 29 April 2020 — Dance Day.

What has been revised in the relationship between dance and video since the pandemic? This liaison dangerouse between dance and video existed has been acknowledged for some time. But it was niche, “experimental”: the so-called “vidéo-danse”, or screendance, fostered over the 1980s and 1990s (see Marie Fol, Virtualised Dance? Digital Shifts in Artistic Practices. EDN, August 2021, www.ednetwork.eu). Or, paradoxically, it was an event for the general public when (quite exceptionally) it was filmed and broadcast on television: screened dance (ibid.).

But the pandemic has not only accelerated this convergence of worlds: the physical one of the dancing body and the virtual sphere mediated by the video camera. The pandemic, despite itself, has acted as a watershed, delineating time and stage-space with a clear-cut “Before” and “After”.

First there was dance, on stage, in theatres, halls and in the physical locations dedicated to its presentation, spaces perhaps ‘regenerated’ by artful architectural reconversions. Then there was video, which from time to time flirted with dance at various festivals, thanks to a few intrepid artists or else credited to video-makers or larger camera crews who filmed performances for archival and documentation purposes or even for televised broadcast.

Post–pandemic, this relationship became evermore intense, cogent, poignant, forcing the entire world of dance to confront its double, its mirror image, encouraging it to hybridise and explore itself through new media, new situations, new ways of being, all in order to survive through the closeting and closure of theatres. The drastic and prolonged foreclosure of an otherwise well-frequented shared physical space, available to both artists and audience, has consequently redirected and propelled the entire world of dance into cyberspace. 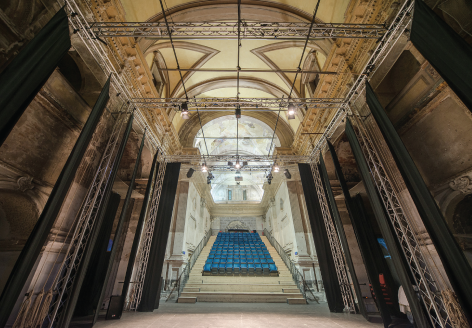 And in this meteoric, conspicuous need for dance to reconfigure itself through video, so as not to fizzle out and lose its audience, the internet and social media networks have played a fundamental role, becoming de facto distribution channels which, thanks to live-streaming, has succeeded in ensuring that the public can also  still attend “live” performances. Live-streaming has thus offered a welcome deliverance and a concrete response to the renowned concerns expressed by Walter Benjamin in The Work of Art in the Age of Mechanical Reproduction. Benjamin wrote:

“The changed circumstances in which the product of technical reproduction may find itself may leave the consistency of the art work untouched — in any case they devalue its hic et nunc”.

In order to make up for any lack of hic et nunc (here-and-now) guaranteed by the presence of flesh-and-blood dancing bodies in the same location, during the pandemic audiences were offered the opportunity to share a “temporal hic et nunc” with the artists, made possible via livestreams of a show or a performance. With that in mind the following words by Alessandro Pontremoli, Professor of History of Dance at the University of Turin, can be fully endorsed, taken from his article Coreografie mediali dell’emergenza (Media choreographies of the emergency) translated from Atlante Magazine (21/12/2020):

“The Benjaminian opposition between technical mediation and immediacy of presence is today overcome by the awareness that dance shares with the image not so much and not only the dimension of space, but rather that of time. […] Dance is therefore alive when two bodies share imagery, time and presence. This last condition is denied on a physical level in digital mediation, but not on the level of perception and knowledge, as neuroscience has shown. […] Sharing time, memory, imagery and presence through digital technologies allows for the recovery of immediacy and the hic et nunc event through interactivity, bringing the relationship between action and perception back to the heart of aesthetic experience”. 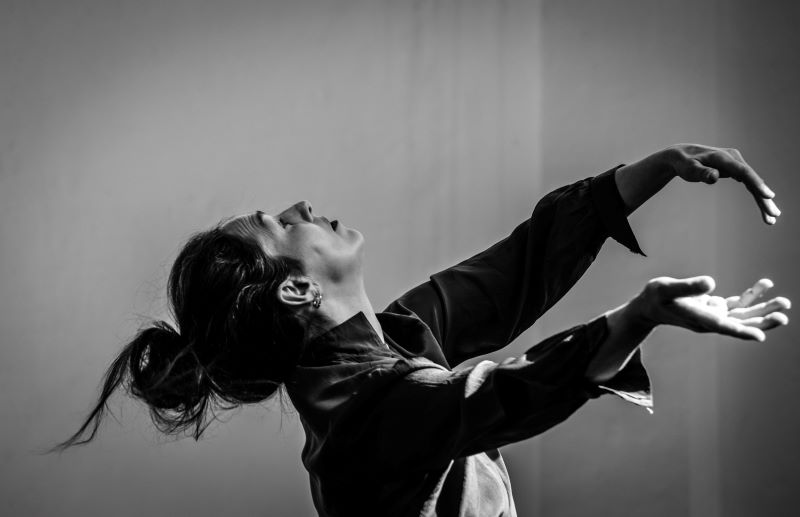 Without doubt something has undergone change for the general public with regard to this fruition of video-mediated performances. If interactivity and live transmission seems to have at least partially preserved that Benjaminian immediacy of the here-and-now, what about the viewer’s gaze. Today we may choose to open our inner sanctum, our home, to the world via Zoom, or perhaps you would rather remain well-hidden, switching off the camera and remaining solitary, private, just watching? In other words, what differentiates spectator from voyeur?

“[…] what I wish to underscore is the centrality of the gaze in the relationship established between the person who places oneself in the situation of observing and the person who voluntarily places himself within the perspective of that gaze, in order to be looked at while one lives the experience of a dancing corporeity, an incarnation of thought about the world, capable of giving meaning to one’s dancing action”.

“The gaze is that of a subjectivity that recognises the other: only this process, which we can define as affective, differentiates the experience of being a true audience from the voyeuristic anomaly”. 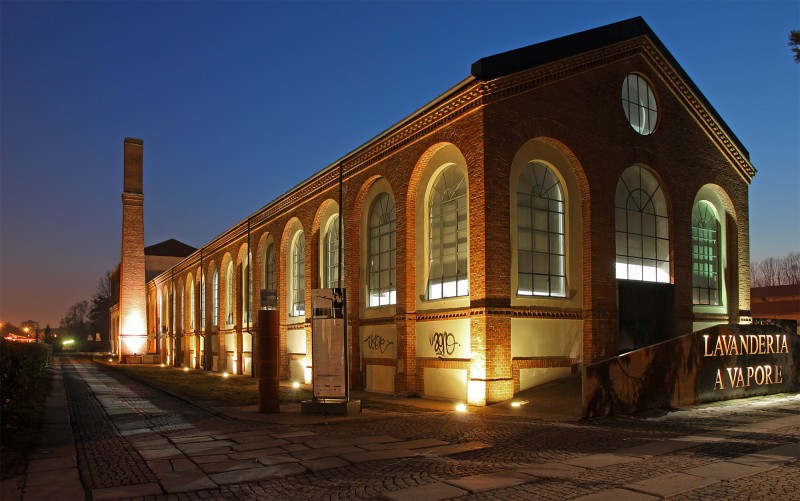 Lavanderia a Vapore- The Dancehouse in Collegno (Italy)

The future and wreckage

Of course, many other questions remain open. For example: what place does “kinesthetic empathy” have in this kind of artistic fruition? Can the co-presence of bodies really be permanently replaced by digital synchronicity? What future might traditional festivals have? What about physical theatres? This last query is particularly pressing in Italy, given that -as Francesca De Sanctis documented in her report published for L’Espresso on 24 May 2021-

“the theatres that have reopened to the public comprise two thirds of the total number of theatres in Italy, more or less 70 percent, which corresponds to the percentage of private theatres, around 500 in all. Why? Yet the decree is clear: from 26 April 2021, within yellow zones, theatre performances open to the public are allowed to be reinstated. But under what conditions? Only a limited number of spectators and the maintenance of social distancing, factors that discourage and effectively prevent their relaunch until autumn at the earliest. Not to mention that this long period of closure has already left a great deal of wreckage in its wake”.

How long will the new rituals of this “Hygiene Theatre”, as the American journalist Derek Thompson has designated it, not only affect the enjoyment of shows and performances but also, consequently, their creation and production?

It seems difficult for both audiences and artists to give up the traditional pleasure of art and dance. The desire to carry on with the experience of live performances remains high. On the contrary, perhaps thanks to this obligatory upheaval in the production, distribution and consummation of dance, the hankering for live performances has “increased”, for audience and artists alike. At least this is what emerged from a Zoom chat with some of the protagonists of 14 Project, a special event live-streamed on 18 September 2021. A 5-hour non-stop choreographic marathon in which 19 dancers from all over the world performed their solos on empty stages, underlining their own solitude as well as the imposed segregation of us all, and showing the dispiriting emptiness of theatres that have remained abandoned. Yet, at the same time, it accentuated the acute desire to break that isolation, to continue to dance and to stay in close contact with spectators. 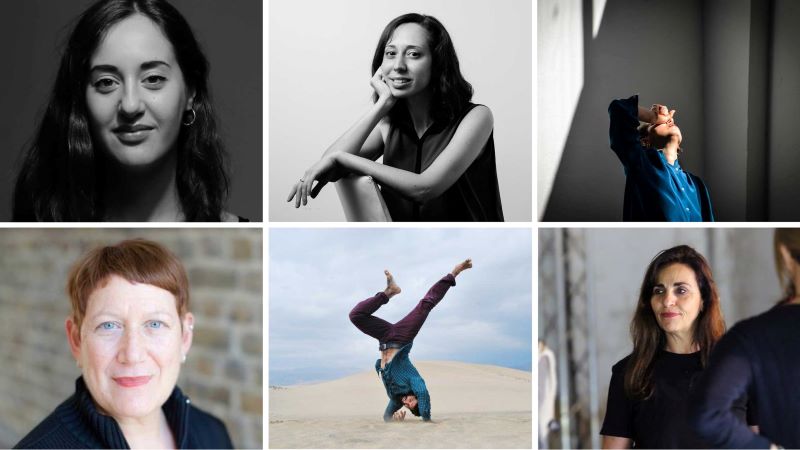 Thus 14 project is a child of the pandemic. Its very title makes this explicit: 14 is the number of days of quarantine that we have all undergone or are still obliged to observe before being permitted to “return to the world”. On 18 September 2021, those 19 artists streamed themselves from Indonesia, Thailand, Singapore, Taiwan, Italy and ‘danced history’ in spite of themselves, embodying the state of things. But the dance of those flesh and blood bodies, alone and isolated yet globally connected through the all-seeing eye of a video camera, displayed itself in its essence: not only as a show, as a performance, as an event, but also as an irrepressible and necessary ritual form that connects mankind with himself and with the world, with beauty and with the divine.

Below is an excerpt from our Zoom interview with Wu Kang Chen, creator and head of the project, as well as with two Italian partners; dancer Amina Amici and Valentina Tibaldi of Lavanderia a Vapore.