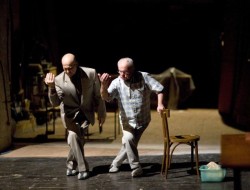 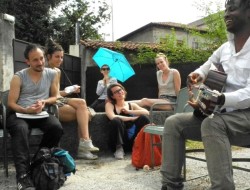 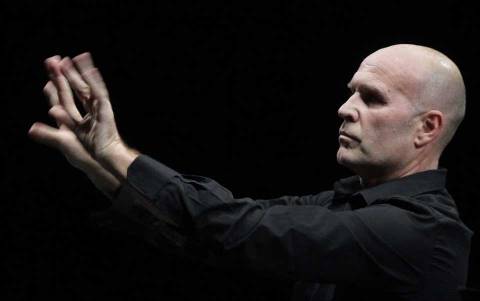 D as “Dignity of gesture”

We arrived at the end of this short trip exploring the ABCD of Virgilio Sieni, now with the letter D for Dignity as “The dignity of the gesture”. The symbolic title that the choreographer has given to this edition of Biennale College which has just ended.
We asked him the reason for choosing “The dignity of gesture” to close his three-years project…

«If I think how every civilization, every Country from Guantanamo to the Middle East, from the shores of Ventimiglia to the exoduses, treat the human body; If I think how the human body has been reduced to an oppressed “productive body” forced to listen to all types of music in any place.
I really think we need more dignity. The posture of the people in Parliament worry me. Their gestures are not dignified, not edifying, they don’t honour us as human beings.
I chose to focus on “The dignity of the gesture”, to draw attention towards the gesture because it still represents a possibility to live in this world, and to dialogue in daily life.

The man needs to transfigure, to suspend himself because in suspending the body can find other abilities. The body needs to play, to train itself to freedom. Dance is not passive but it is something that can also help us to wake up, an echo that can help approach the future.
This works if we bring attention, awareness towards gesture, if we considered every gesture as something very important coming to us.

As a body bends, as an elbow folds with consciousness as a person ties two gestures together with an intense thought, all this is very touching, moving and strong at the same time because it comes out from a system which is poor in terms of homologation.
The gesture still gives us the possibility to do something different, to create something that doesn’t exist yet.

I mean that we have a great possibility to improve, to grow up, to renew ourselves. I think that this is our goal to find a condition of doubt, to desire doubt, not just confirm ourselves. Confirm help us to understand at what point we arrived. It’s as necessary as lightness.

I always say that the body is not as mysterious as we think. It needs to be attended. It’s like the poetry of Caproni: “I had never been there and now I realize I was born there”.»